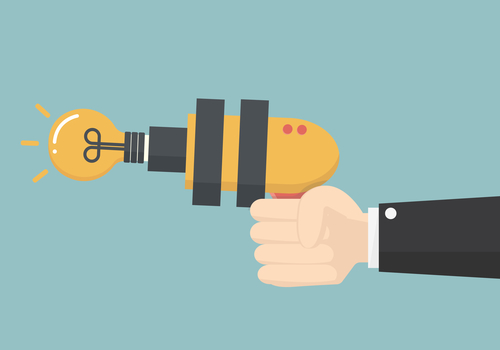 Smart guns. You might have heard the term. Essentially, a “smart gun” is a gun that has some kind of computerized component that affects how the weapon performs. In the same way that computers in cars can adjust the air/fuel mix and other factors to maximize performance or mileage, a smart gun’s electronics affect the way that the gun can be used.

One of the primary pushes for smart guns comes from those who want to prevent mass shootings. That’s an admirable goal. Decreasing the number of people killed is a good thing. However, smart guns, up to this point, haven’t fixed the problem that they are seeking to fix.

The 10 Plano and Frisco high-schoolers are in a program called DiscoverSTEM where students identify real-world problems and try to fix them.

Their most recent creation: A smart gun aimed at stopping mass shootings.

“We realized that at home we have a really grave problem,” said Amina Syeda, a senior at Frisco’s Liberty High School.

The Secure Gun is a modified Nerf gun.

A camera on the front uses artificial intelligence to detect if a gun is pointed at a person, crowd, animal or target.

If aimed at a person or crowd, the gun limits the amount of times you can pull the trigger.

GPS on the gun would create geo-fences, stopping it from firing in certain locations like schools and churches.

The Secure Gun, they say, would be built into new guns and a version would be made to be retrofitted onto existing guns.

The prototype and any implementation – they know – has a long way to go.

But their sites are set on turning the tricked-out toy into in a solution to a serious problem.

The Secure Gun placed in the top five at a competition with innovations from 45 countries.

A patent for the device is pending.

Now, I’m not going to pick on the fact that these students made this prototype using a Nerf gun (they’re focusing on the electronics, not on the firearm aspect in their design efforts). But I’m disturbed that these students chose to focus on something that is less dangerous than they think.

Frankly, the fact is that these poor high school students have been fed a one-sided heap of misinformation and outright lies supporting gun control so that they know nothing about the defensive uses of firearms. Instead of wasting time on this, they could be using this same kind of technology to help vehicles avoid accidents, and, frankly, this would save many more lives than gun control.

Secondly, like all gun control efforts, these kids have bought into the idea that they can prevent other guns (not equipped with this technology) from being available to criminals. That’s a huge fail even now. Any criminal can get their hands on a gun at any time.

Thirdly, I predict that this technology, if it is actually implemented at all, is going to be integrated in firearms to improve their aim. It’s going to go through modifications and be put to military use. In other words, this technology will become the basis of other technologies and will be used to make more accurate weapons.

In other words, this technology won’t prevent gun violence and may very well, in the future, make gun violence worse (after all, gang bangers aren’t usually well-trained with firearms, so anything that makes firearms more accurate with less effort on their part is going to make the gang banger more dangerous). This prototype smart gun may be well-intentioned, but it is a definite gun control fail.