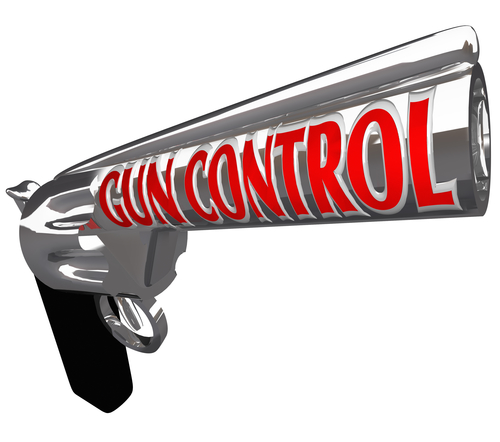 One of the fundamental ideas behind gun control and all forms of limiting access to guns is that, by preventing people from legally purchasing firearms, this will somehow prevent criminals and people intent on doing evil things from getting guns.

The problem is that the real world reality shows over and over that this doesn’t work. Don’t believe me? Here’s a real world example proving that gun control doesn’t work. I’m not talking about Chicago or Baltimore or New York City.

No, the gun control paradise that is being overrun by black market firearms that we’re going to talk about today is Europe.

Yes, Europe. Land of progressivism and government control. And yet another proof of the failure of gun control. Bill Wirtz writes,

Numbers by the Switzerland-based Small Arms Surveyshow that unregistered weapons outnumbered legal ones in 2017 by 44.5 million to 34.2 million.

According to a recent Rand Corp. report:

Europe represents the largest market for arms trade on the dark web, generating revenues that are around five times higher than the US. Firearms listings (42 percent) were the most common listings on the dark web, followed by arms-related digital products (27 percent) and others, including ammunition (22 percent). Pistols were the most commonly listed firearm (84 percent), followed by rifles (10 percent) and sub-machine guns (6 percent).

But you may ask why Europe is seeing this explosion in black market gun purchases. The simple answer? Fear. Europeans are scared. They are scared of violent crime including mass shootings, and they are beginning to realize that, despite the promises of their governments, their governments can’t be everywhere to protect them.

So, what do they do? They find other ways to buy guns. And that has always been the way that it works.

Supply and demand. It’s a simple concept that anti-gunners don’t seem to understand. People want to stay safe, but there are a limited number of police officers to keep them safe. This means that people go looking for other ways to protect themselves. This means black market guns.

It doesn’t take a genius to understand this, but it does take someone willing to be honest about how the world works. Gun control is a failure, and Europe is just more proof of that.