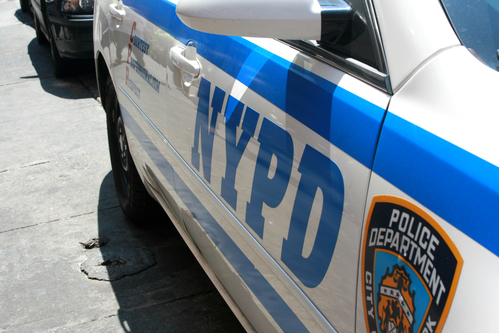 So, anti-gunners think that gun control laws will magically keep firearms out of the hands of criminals and people who want to do terrible things. Why? Because they aren’t being rational and thinking through the issue.

We’ll say it again: criminals will always find a way to obtain firearms. They couldn’t possibly care less about Governor Soprano’s vaunted SAFE Act. The only people hindered at all are law-abiding citizens.

Cuomo’s grandiose pronouncements and his signature on a piece of paper didn’t stop this police officer or his biker gang customers and it doesn’t stop other “prohibited persons” from getting guns, either. Does anyone really think there’s a shortage of firearms among crooks in the city and state of New York?

Here’s the full story from the Associated Press:

PLATTEKILL, N.Y. (AP) — A police officer with the New York City Department of Environmental Protection has been arrested on charges of manufacturing guns at his upstate home and selling them to motorcycle gang members.

Thirty-eight-year-old Gregg Marinelli is also charged with tipping off a suspect in a major drug investigation, state police and the Orange County district attorney’s office said.

Marinelli, a sergeant in the DEP police, was arrested Thursday at his home in Plattekill.

Police say Marinelli assembled dozens of handguns and assault rifles and sold them to “individuals who are legally barred from possessing such weapons” including members of outlaw motorcycle clubs. Many of the guns Marinelli sold had no serial numbers and would be difficult to trace, authorities said.

The Times Herald-Record of Middletown reports that Marinelli was arraigned Friday on charges including criminal sale of a firearm, hindering prosecution and conspiracy.

Police said they learned about Marinelli’s crimes during a cocaine- and fentanyl-trafficking investigation dubbed “Operation: Bread, White and Blues” that resulted in more than two dozen arrests. Marinelli tipped off “one of the major people” in that case, Orange County District Attorney David Hoovler said Friday.

“This has to be one of the most egregious breaches of trust that I have encountered,” Hoovler said. “I am furious. Number 1, about the leak in the case; and number 2, the conduct, the possibility of putting untraceable guns on the street.”

It’s not clear if Marinelli has an attorney who can speak for him.
A spokesman for the New York City DEP said Saturday that the alleged crimes “betray the oath that this officer took to protect the public.”

Plattekill is about 75 miles (120 kilometers) north of New York City. The city DEP deploys officers to the area to protect the city’s water supply system.

So, the next time that your anti-gunner neighbor goes off about how we need more gun control because law enforcement can prevent bad people from getting their hands on gun, just show them this story to prove to them that, sometimes, it’s law enforcement that puts guns in the hands of bad people.