Home Guns AK-47s Are Only For Mass Shootings? Don’t Tell This Guy 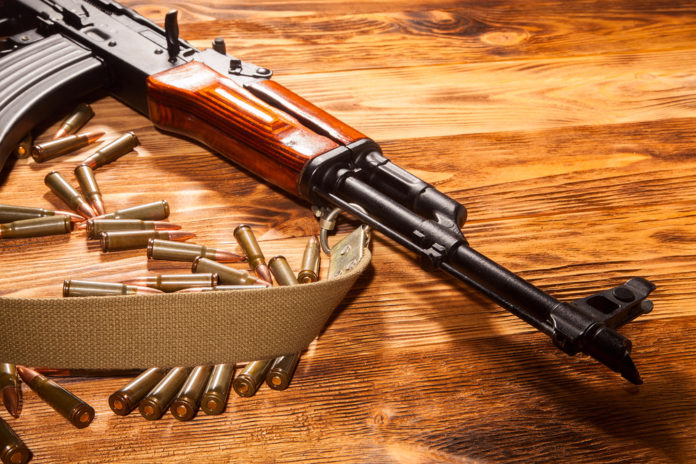 A common lie told by anti-gunners is that nobody needs an AK-47, that they’re only used for mass shootings. But is that really true?

If you ask one man in Houston, Texas, the answer would be a resounding “No!” Why? Because his AK-47 saved his life. Brandon Curtis writes,

A man fought for his life against not one, not two, but five armed men who broke into his home. This gun owner was prepared for a fight, and utilized his AK-47 to defend his home and his life.

Two masked men went into the home where the 20-year-old resident was. At first, he though it was a joke, but quickly realized that these armed men meant business.

When they demanded cash, the resident complied. At least, that’s what he wanted them to believe. He said that he was going for what they wanted and reached under the couch.

Instead of pulling out money, he instead pulled out his AK-47 and began shooting at the suspects.

Three of the men were killed, and the other two were injured. Both injured suspects were taken to the hospital and then arrested.

The resident was not wounded during the incident, and police do not expect any charges to be filed. What this 20-year-old did was something that couldn’t be done unarmed, and he very well could have saved his own life that day.

He showed skill, and maintained his cool under pressure. His approach of pretend compliance is what made this self-defense as successful as it was, by completely catching his aggressors off guard, even though it was their full intention to catch their target victim in the same manner.

So, for all those anti-gunners who keep saying that the good guy with a gun concept is a myth, show them this story.

The truth of the matter is that the idea that gun control reduces violence is a myth, and good guys with guns are the solution to gun violence.