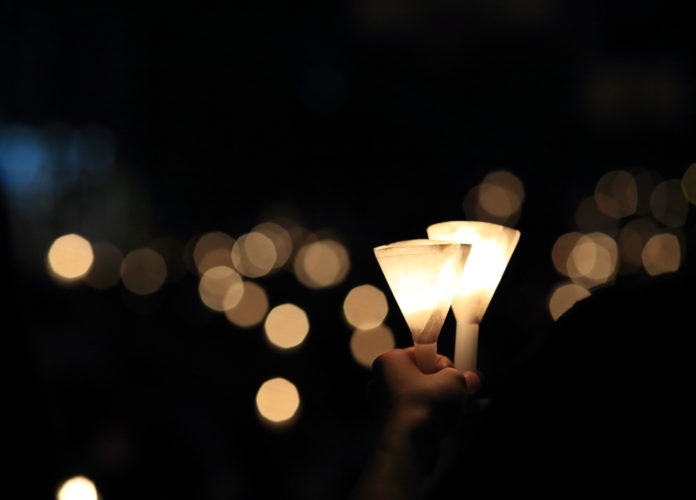 And, sadly, anti-gunner politicians can be the worst.

Take anti-gunner politicians like Senator Michael Bennet and Representative Jason Crow, both Democrats from Colorado, who took over the microphone at a vigil for a school shooting to try to turn it into a political event. Instead of respecting the pain of others, they tried to make this an anti-gun rally.

It was so obnoxious that students at the vigil walked out. Alex Pappas writes,

Students in Colorado stormed out of a vigil Wednesday night for the victims of this week’s school shooting at STEM School Highlands Ranch after two Democratic politicians took the stage and called for gun control, according to local news reports.

The two Democrats who spoke at the vigil were Colorado Sen. Michael Bennet, who is running for president, and Rep. Jason Crow, whose congressional district includes STEM.

“STEM School students walked out of a vigil tonight after @RepJasonCrow & @SenatorBennet spoke,” tweeted Kyle Clark, an anchor with 9NEWS in Denver. “Students said their grief was being politicized. They later returned, took the mic, and some said they didn’t want to be used to promote gun control.

About 2,000 people packed a high school gym Wednesday night to remember 18-year-old Kendrick Castillo, who was shot and killed trying to tackle one of the shooters at STEM School Highlands Ranch on Tuesday.

Authorities have credited Castillo and two classmates with stopping the attack. Eight others were injured in the shooting.

According to the Dever Post, some of the students who walked out of the vigil on Wednesday night were chanting “mental health.”

Now, if this kind of politicization of pain doesn’t make you sick, I don’t know what will. These anti-gunner politicians are vultures and should be sent packing from any public office for their callous disregard of the suffering of the students who went through this.

Just keep in mind when you think about anti-gun politicians, this is the kind of crass people who we are opposing being in office. Remind everyone you know about this tasteless diplay of political opportunism.