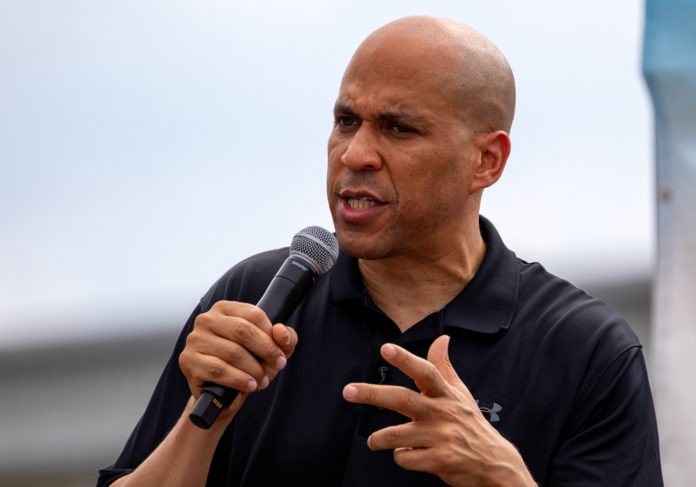 The current crop of anti-gun candidates for President (and there are a lot of them) are reaching for new highs of foolishness and lows of intelligence. It’s appalling. They all would have failed my high school civics class.

For one example, just take a look at Cory Booker, a Senator from New Jersey (New Jersey should be ashamed). He’s said some ridiculous things, but recent statements about his position on gun control take the cake. As John Boch put it,

Senator Spartacus has pronounced that enacting stiffer gun control laws will bring you freedom. Really. This from the presidential candidate who’s polling at between one and three percent. A candidate who can’t distinguish between a privilege and a constitutional right.

Booker really does seem to be clueless. Susan Jones writes,

Sen. Cory Booker (D-N.J.), one of many Democrats running for his party’s presidential nomination, says gun control will restore freedom to the American people.

Booker told MSNBC’s Rachel Maddow Wednesday night that in Newark, New Jersey — where Booker once served as mayor — people would show him bullet holes in their windows:

“It creates an environment so crippled by fear and trauma that on the Fourth of July in communities like mine across this country, you have people who hear fireworks, and parents will tell you, their children dive for cover. They cower. They hide.

“We’ve created such a culture of fear that’s now penetrating all types of communities where we say the best we can do to our children now, when they go to school in September, is we can’t protect you, so we’re going to teach you how to duck for cover, shelter in place,” Booker said.

“That is a society that has surrendered basic freedoms. Freedom from violence. Freedom from gunfire. Freedom to live without this kind of constant cortisol in the back of your brain being released that undermines our quality of life. We are losing our well-being as a nation because so many of these guns now are on our streets, so easily gotten by people who intend to do massive amounts of harm.”

That Booker can’t tell the difference between a right and a privilege says a lot about our society, a society that wants the privilege of never hearing something that they disagree with by calling it a right to never be offended. They live in a fantasy world.

Be sure to get out and vote in this Presidential election. If Booker is an example of the thinking of the current crop of anti-gun candidates (and he is), then we have a lot of educating, campaigning, and voting to do to keep our gun rights.