Home Guns Why Didn’t You Hear About This? Because She Defies EVERY SINGLE Gun... 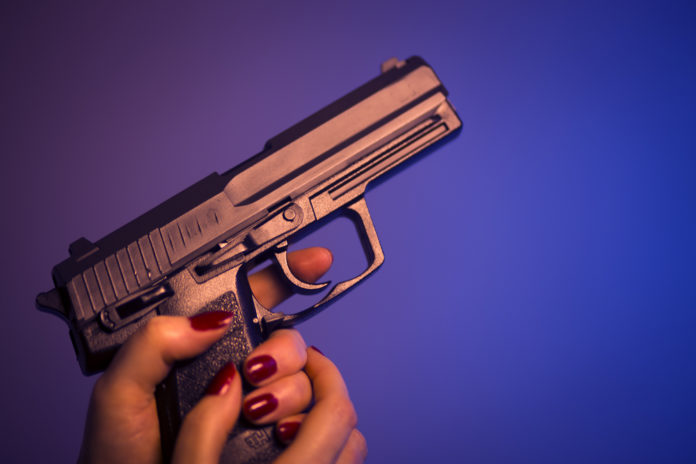 Make no mistake about it: the mainstream media has a gun control narrative that they are trying to promote.

And what is that narrative? It is that gun owners are old white men who want to have guns so that they can shoot minorities and oppress both minorities and women. In other words, they are trying to stir up women and minorities to be anti-gun in their voting habits because of this imaginary oppression and victimization (gun owners, like every other large group in America, couldn’t care less what your ethnicity or gender is if you treat other people as human beings and not targets).

So, what does the mainstream media do with a news story that doesn’t fit that narrative? They do their best to bury it by ignoring it.

Want an example? Well, here is one from writer Chris Eger:

An Alabama private security officer is being hailed by police after she engaged a rifle-armed felon at the club she was protecting on New Year’s Eve.

The Huntsville Police Department last week booked Samuel Demario Williams, 33, on a variety of felony charges after he was released from an area hospital. Williams, who had been told to leave the 3208 Club on Long Street, instead retrieved an AK-style rifle from the trunk of his car and started shooting. That’s when the security guard, the only armed officer at the scene, told local media she stepped in.

“He started to make moves towards the door he still was firing off shots,” said the security guard, identified only as Latoya. “I decided that I had to make a choice–to go ahead and stop him from entering the club.”

The guard moved around a vehicle and shot Williams at least once, then responded to help treat his wounds.

“I’m not here to kill anyone,” she said. ” I saw one of the entry wounds was on his thigh which can sometimes be a somewhat dangerous place to bleed out. I keep a trauma kit and tourniquet on me as everyone who carries should.”

Fortunately, no one else was hurt.

Here is a video of a short news story about the incident which includes interview footage with the security officer:

Now, this situation happened nine months ago at the time of this writing. Why wasn’t this all over the news media? You have an ethnic minority woman who did not cower but acted with courage when in a dangerous situation. You would think that this would appeal to the mainstream media. But I’d be willing to bet money that you had never heard of this story before reading this article. I didn’t know about this story until a few days ago, but this should have been plastered everywhere on the news.

And this is why I laugh when people talk about mainstream media outlets like CNN and MSNBC being unbiased news sources. They aren’t, and people should stop pretending otherwise.