Home Guns Is It Really The NRA Who Are Stopping Gun Grabbers? 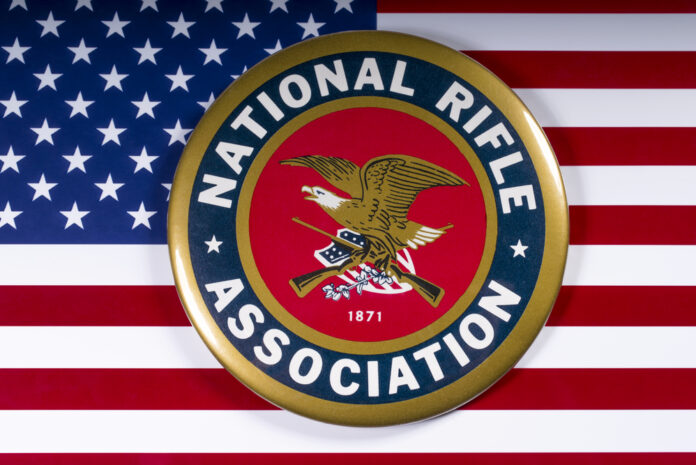 It’s popular thinking among both pro-gun and anti-gun people that the lobbying and education efforts of the NRA are the reason that the U.S. doesn’t have the nut case gun control that much of the rest of the world has. And there’s no question that the NRA does a lot of good for the pro-gun cause with their lobbying and education efforts, but should we give them credit for the amount of freedom to own firearms that we still have?

Not according to a writer named Mark Overstreet. Overstreet says that it’s not the NRA. No, it’s you and me. Overstreet writes,

Throughout history, the left has achieved power by rallying its mob, and rallied its mob by giving it someone to hate. Vladimir Lenin encouraged “language which sows among the masses hate, revulsion, and scorn toward those who disagree with us,” Saul Alinsky advised radicals to “pick the target . . . and polarize it,” and leftists continue the practice today.

So, a few days ago, left-wing columnist Michael Tomasky wrote that the gun laws Democrats are now pushing can be imposed if “The NRA Can Be Beaten.” Having worked in the NRA’s political division from 1991 to 2016, I might laugh at Tomasky’s notion, if I had a sense of humor about such things. The left’s everyone-on-message vilification of “the NRA” may inspire high-pitched squeals of approval during the Democrats’ presidential debates and campaign rallies, but anyone who thinks that the NRA is all that stands in the way of disarming the people of the United States has another think coming.

Those 62 Democrats who were defeated in the 1994 elections didn’t lose just because of the several hundred of us who worked at NRA headquarters, nor even because of the NRA’s 1 million or so members at the time. There were 60 million other gun owners in America in 1994 and soon thereafter polls showed that more Americans identified with the NRA than with either major political party.

NRA’s membership roughly doubled to 3 million after Clinton and the Democrats imposed gun control and rose to 5 million after President Barack Obama tried to impose more gun control during his second term. There are now 100 million gun-owning Americans, and gun owners tend to be single-issue voters.

Tens of millions of Americans own handguns, which anti-gun activists tried to get banned in the 1970s and 1980s. Seventeen and a half million Americans have permits to carry handguns for protection away from home. A comparable number own semi-automatic rifles that Democrats in Congress have been trying to ban since 1989.

Since the 1990s, every time Democrats inside the Beltway have acted against the right to keep and bear arms, or threatened to do so, purchases of guns, particularly those that Democrats want most to ban, have soared. For example, in August, the first month of Democrats’ new push against guns, gun purchases increased roughly 16 percent, compared to the number in August 2018.

So, to put it simply, there are many more gun owners than there are NRA members, and since gun owners are often single issue voters (focusing on gun rights), you can’t give credit to a lobbying and education organization with only a tiny fraction of that gun owner population as members.

No, it’s you and me, working everyday, voting, educating other people, and contacting our elected representatives who are the ones who should take credit for the fact that Americans still have gun rights.

But if anti-gunners want to keep focusing on a single organization, let them continue to be fools while we beat them in elections again.