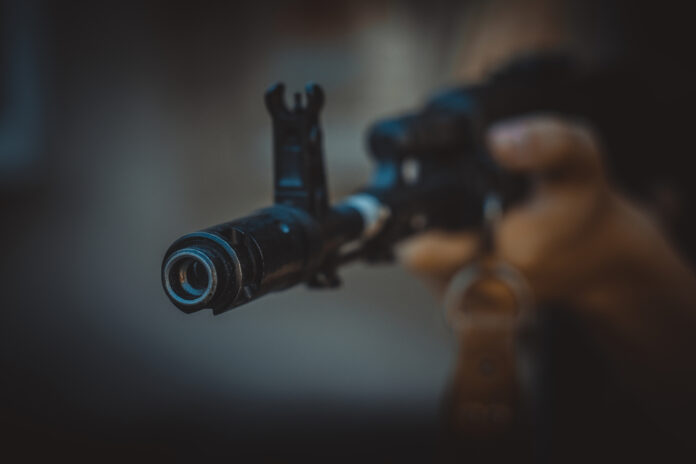 There has been an ongoing effort by anti-gunners over the last several years to separate you from your firearms, and the situation has only gotten worse with anti-gunners gearing up for the 2020 Presidential race.

But anti-gunner arguments fall on deaf ears with a big portion of the U.S. population. Why? Besides being irrational, anti-gun arguments have been proven wrong in the lives of everyday people such as the pregnant Georgia mother who used an AR-15 to protect herself. Matt Agorist gives us the details:

Last Wednesday night, Jeremy King and his family were inside their home when two masked men — armed with guns — barged in. The armed men then demanded King give them money, while pointing guns at him and beating him. They also grabbed King’s 11-year-old daughter and were assaulting her too.

“They came in heavily hooded and masked. As soon as they had got the back door opened, they had a pistol on me and was grabbing my 11-year-old daughter,” King said to Bay 9 News.

“I’m telling them, ‘I have nothing for you,’” King explained. “(A)nd they’re like, ‘Give me everything you got.’ It became real violent, real fast.”

According to King, one of the men began kicking him in the head while the other pistol whipped him in the face. He has the severe injuries to prove it too.

“I’ve got a fractured eye socket, a fractured sinus cavity, a concussion, 20 stitches and three staples in my head,” said King. “I took a severe beating.”

While her daughter and her husband were being assaulted with deadly weapons in the living room, King’s wife — who is 8 months pregnant — was in a back bedroom listening to the horrifying commotion unfold.

Then, fight or flight apparently kicked in for the pregnant mom after one of the gunman saw her and opened fire on her. Luckily the bullet missed her, but when she would return fire with their AR-15, she would not miss.

“When he came toward the back door in her line of sight, she clipped him,” King said. “He made it from my back door to roughly 200 feet out in the front ditch before the AR did its thing.”

The first gunman who’d been shot would later be found in a nearby ditch, dead. He tried to rob the wrong family.

“Them guys came in with two normal pistols and my AR stopped it,” King said. “(My wife) evened the playing field and kept them from killing me.”

Look, anti-gunners have the right to choose not own a gun. No one has a problem with that, but are anti-gunners willing to take responsibility for what could have happened to this family if they had not had an AR-15 to protect themselves?

You and I both know that anti-gunners wouldn’t accept that responsibility, but the truth of the matter is that this family could have all been murdered if a pregnant woman had not had an AR-15 to defend her family. And that’s a great reason to keep firearms, including AR-15s, legal in this country.

Hilarious! Biden ATF Nominee BUSTED For Lying About His Incompetence As...