Home Guns This Guy Bought AR-15s For His Sons. Here’s Why 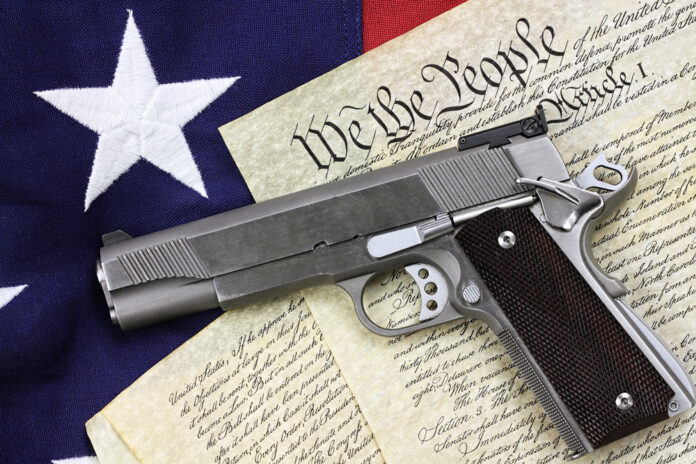 AR-15s are one of the bogeymen of anti-gunners. Just the terms scares them. You’d almost think that the terms “John Wick” and “AR-15” mean the same thing to them.

But other people have a different perspective about AR-15s. In fact, one writer, John Eldson, says that he specifically bought AR-15s for his sons. This will shock some people, but Eldson has very specific reasons why he made this purchase, and he’s happy to share them with you for your consideration. Eldson writes,

According to the Washington Post, 91% of Trump coverage by the three broadcast networks, which include ABC, is negative.  When a right-wing lunatic massacred people of Mexican descent at an El Paso Walmart in August 2019, the networks blamed the attack on Trump’s “hateful” rhetoric about immigrants.

ABC News promptly produced a story to support the mainstream media’s narrative that violence by Trump-supporters had reached epidemic proportions.  Twisting itself into a pretzel in an attempt to justify the charge, the network scoured the country for instances where bad apples among the 63 million people who voted for Trump perpetrated violence allegedly inspired by him.  After an exhaustive search, ABC News came up with a grand total of 36 violent crimes where Trump’s name was invoked.

But Eldson, then, reviews the flip side of the violence equation and details 37 incidents of violence or attempted violence against Trump supporters. You probably didn’t hear about any of those in the media, did you? Eldson continues,

Here’s why I bought AR-15s for my sons: when Lenin was asked how the Bolsheviks planned to keep the Russian masses from listening to counterrevolutionaries, he replied in so many words, “We must teach our followers to direct unbridled hatred toward our opponents.”  A half-century later, Saul Alinsky taught Lenin’s “teach them to hate” strategy to the post-1960s Democratic Party, which turned it into an art form.

In August 2016, before Trump was even elected, frenzied rank-and-file Democrats in Minnesota put Lenin’s strategy into practice by repeatedly punching an elderly man in the kidney and spitting on other attendees who were forced to walk a gauntlet of political hatred as they left a Trump fundraiser in Minneapolis.  Please take 30 seconds to watch how successful the Democratic Party has been at inciting its followers to direct seething hatred toward Republicans.

To the best of my knowledge, not a single prominent Democrat forcefully condemned the outrageous incident in Minneapolis, or hundreds upon thousands of others like it.  And why would they?  With invaluable help from the Clinton campaign and the DNC, their own “resistance” movement has intentionally incited anti-Trump violence at every turn.

When a political party teaches its followers to hate the other side, things are not likely to end well.  If Trump is re-elected, I fear that the party of Marx, Lenin, Alinsky, and Obama will quietly turn loose its dogs of war in a seditious attempt to destabilize America, to make it “ungovernable” until Democrats regain power.  If that happens, widespread anarchy will follow.  And that’s why I bought my law-abiding sons AR-15s and enough ammunition to defend themselves — and their country — against a possible bloody insurrection incited by a once-honorable party that has betrayed the constitutional republic it swore to protect and defend.

So, there is your answer. Eldson bought AR-15s for his sons because, overwhelmingly, the people initiating violence in this country are anti-gunners bent on turning our country into a scary world built on their delusion, and they don’t mind hurting innocent people to do so. Firearms, like AR-15s, are often the first line of defense against those who initiate violence. Sometimes, when a person is physically weak or ill, these rifles are the only line of defense.