Home Guns Any Excuse Will Do: New Orleans Mayor Uses Coronavirus As Excuse To... 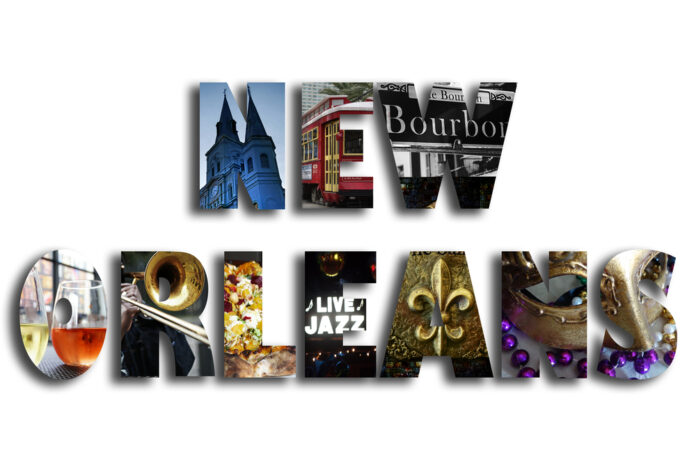 There’s an old joke about Fred who walks over to his neighbor’s house and says, “Hey, Bob, can I borrow your hammer?” Bob replies, “I would, Fred, but this hammer was given to me by Thor who made me swear a blood oath not to loan it to anyone.” Fred replies, “That’s the stupidest thing that I’ve ever heard! Why are you giving me that excuse not to loan me your hammer?” Bob says, “Fred, if a guy doesn’t want to loan his hammer, then any excuse will do.”

This next story makes me think of that joke. You and I know that there is no good reason for gun control. New Orleans after Hurricane Katrina with all of the looters and craziness is a perfect example of why people need to be allowed to own guns. The criminals were the ones with the guns, and crime ran rampant. Now, the mayor of New Orleans is using the Covid-19 virus as an excuse to try to grab guns when law-abiding people in New Orleans need guns more than ever (hat tip to here for the lead). Brock Simmons gives us the ridiculous details:

Reminiscent of the gun confiscation orders during the aftermath of Hurricane Katrina, New Orleans is once again flying off the rocker. Mayor LaToya Cantrell has issued an emergency proclamation that sales of guns, ammunition, and alcohol within the city may be suspended. The order also gives police authority to seize any private property they see fit in order to deal with the coronavirus emergency, and gives them the power to force anyone out of their homes for evacuation.

The text of the order reads, in part:

“The Emergency Authority may commandeer or utilize any private property if it finds this necessary to cope with the local disaster emergecy.

“The Emergency Authority, on my order as Mayor of the City of New Orleans and Chief Executive Officer of the Parish of Orleans, is hereby empowered to direct and compel the evacuation of any and all persons from any part of the City deemed by the Emergency Authority to be suitable for evacuation, if necessary for the preservation of life or other disaster mitigation, response, or recovery in accordance with the provisions of Ordinance no. 22,247 M.C.C.

“Subject to the provisions of Act 275 of 2006 (Regular Session), the Emergency Authority is hereby empowered, if necessary, to suspend or limit the sale, dispensing, or transporting of alcoholic beverages, firearms, explosives, and combustibles.

So, not only is this mayor trying to suspend the Second Amendment when the people of New Orleans need the ability to defend themselves most, but she also wants to be able to force people to comply by suspending the rest of the Bill of Rights.

Unbelievable. I guess any excuse will do to push gun control.

Several organizations have already threatened legal action against the city of New Orleans. Hopefully, Mayor Cantrell will get her head on straight and stop this foolishness quickly. But I’m not holding my breath.