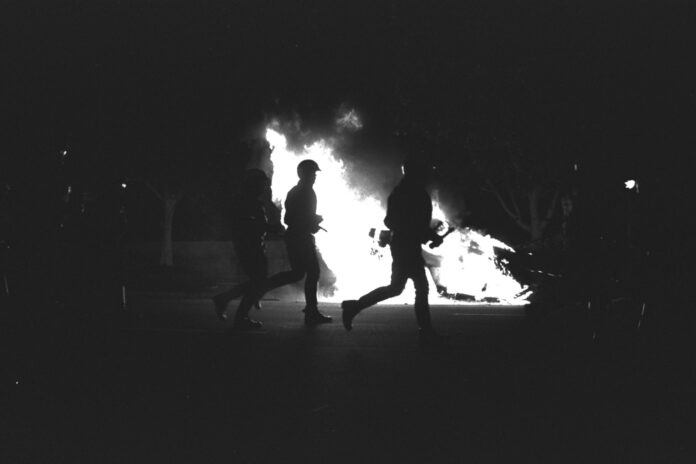 One of the most frustrating things about the current political climate is that those who keep rioting, injuring people, and damaging property, are the same people who advocate for gun control.

The same is true for the politicians and mainstream media who support and encourage these people.

To give an idea of the insanity that is going on while police are being held back from doing their jobs and being defunded, here is just one story from Portland, Oregon from August 16, 2020. Danielle Wallace writes,

More than 60 emergency calls to police went unheeded overnight in Portland as officers were preoccupied with hundreds of demonstrators downtown and were pelted by rocks.

On the 80th consecutive night of protests, the Portland Police Bureau declared a riot around midnight Sunday after a crowd of hundreds had blocked traffic for three hours by the Penumbra Kelly Building in the 4700 block of East Burnside Street, trespassed on the closed property and engaged in “violent, tumultuous conduct.”

“At the time of this release over 60 calls for police service were holding around the city,” the Police Bureau said in a statement. “Some had been holding for the length of the events described here. Call types ranged from theft, vandalism, suspicious activity, hazards, hit and run, burglary, violation of restraining order, alarms, stolen cars, harassment and many others.”

But anti-gunners think that average, everyday, law-abiding Americans should be disarmed so that they can’t defend themselves and their homes from these insane people who revel in chaos and destruction.

If there is one thing that the riots in Portland and so many other cities have done, it is that they have made it abundantly clear that people who actually want to protect themselves should probably buy and learn how to use a firearm because the insane people behind these riots are showing no sign of calming down.