Home Guns Which Ammunition Is Most Popular In America? 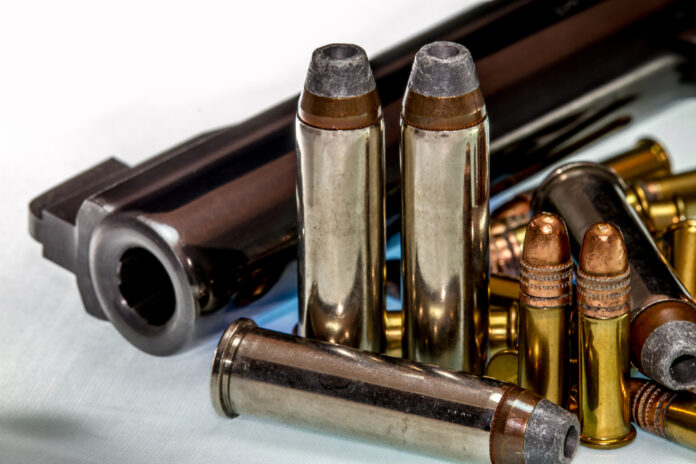 At one time in history, your choice of ammunition was, basically, a ball and powder or nothing at all. Now, there are so many ammunition choices in our world today that it can be bewildering to decide what you want to use. .45? .22? 9mm? There are a ton of options.

Of course, variety can be a good thing, but there are a number of reasons to make a thoughtful choice of ammunition. Of course, your ammunition choice will limit your firearm options simply because firearms are chambered to use specific ammunition calibers.

And there is the consideration of what shooting the specific ammunition is like. To someone with less wrist and arm strength (or someone who doesn’t want as much kick when shooting), a lower caliber may be valued because it can allow for increased accuracy, especially on quick follow up shots.

And then there is the consideration of availability. For some folks, availability is the biggest concern. With so many anti-gunners trying to limit access to both firearms and ammunition, some people are legitimately worried about ammunition shortages. We’ve seen them with increased concerns about ammunition restrictions in some states and increased firearm and ammunition purchases due to the rioting which has taken over some cities in America.

If you fall into the last category, then you’ll want to know which ammunition is most common in your country so that, if availability becomes restricted, you have the best options for getting more. In America, at least, we can tell you which ammunition that is. Ben Philippi writes,

Using Guns.com sales figures from August 2019 to April 2020, we calculated the total number of handguns sold in each of the four calibers. […] 9mm clearly outpaced [.45 ACP, .380 Auto, and .40 S&W], showing that a majority of handgun buyers are loading up on pistols in that caliber. It shouldn’t be too surprising, the latest data available on firearm production in the U.S. showed that of the 8.6 million guns produced in 2018, the largest single category was 9mm handguns, with over 2.2 million turned out.

It’s pretty clear cut. Nearly seventy percent of all handguns sold in the U.S. during this time period were 9mm.

So, if you’re concerned about ammunition availability in the future, you may want to focus on firearms chambered in 9mm because, while other calibers may be easy to obtain still, 9mm will likely be, by far, the easiest to get your hands on for the foreseeable future.