Home Guns Should Women Concealed Carry With A Purse? 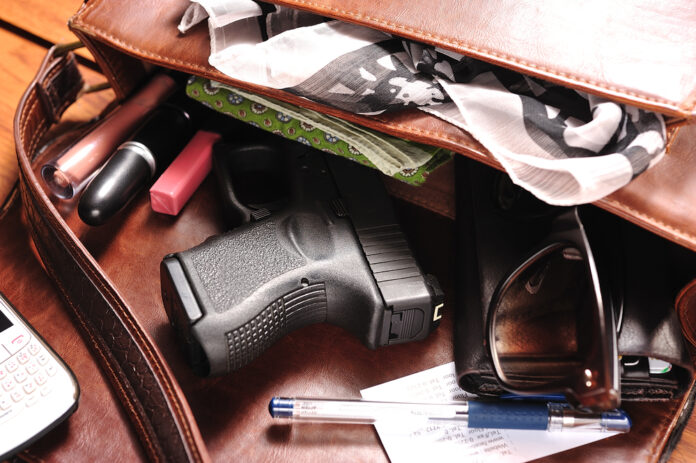 This may seem like a contradictory question when it’s called “concealed carry,’ but follow me here. Hypothetically, it’s possible that a man who carries a briefcase to work everyday may wonder if he should keep his firearm in the briefcase or in a holster on his person. Similarly, a college student may choose to carry their firearm in their backpack instead on their person. I suspect, though, that these are rather infrequent questions.

However, most women in America still carry purses, and, at least in the case of my wife, those purses often have everything except the kitchen sink in them. Why not put your concealed carry weapon in that purse, too?

It’s a good question, and a writer going by Matt E has some specific advice on that very issue. Matt E writes,

Carrying inside a purse is a relatively popular thing to do for women who are starting off. It seems like a great idea since it’s always with them and has plenty of space typically for a small handgun. The biggest issue with carrying a handgun in your purse is it’s much easier to get away from you or fall into the hands of someone because of theft. I never like keeping a firearm in a bag that can be tied to things with a monetary value. Purses will typically have a wallet in it which contains cards and cash so it becomes an easy target for a purse snatcher or thief. Putting a handgun inside the purse only makes it more complicated if your purse is stolen and could have been avoided if you have the handgun on your body instead of inside the purse.

If I had to give one piece of advice, it would be to be careful mixing valuables and your firearm in case you are ever targeted by a purse snatcher. It’s an extra risk that doesn’t necessarily need to happen. If you absolutely have to carry inside a purse, there are a number of carry-themed purses to choose from that have specific areas for firearms. It’s important to separate your firearm from other items so it doesn’t get buried by other items and has its own area. This makes training and drawing from the purse more consistent in case of an emergency. There are a ton of different purses on the market and my best advice is to do your research and look for a purse that will best fit your lifestyle.

Well, there you have it: carrying your firearm in your purse instead of in a holster on your body isn’t the ideal solution, but if you must carry that way, then have your gun in a dedicated pocket on the purse that is quick and easy to access.

Remember, it’s your own safety that you’re looking out for here, so keep the practicalities in mind when deciding how to carry concealed.