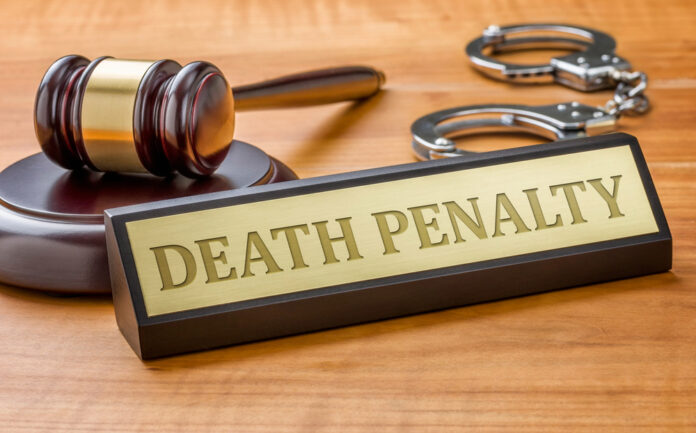 Because the South Carolina House just passed a bill which, if it passes the Senate and is signed into law, would institute the option to use firing squads for the death penalty. Isabel Van Brugen writes,

The South Carolina House voted on May 5 to add firing squads as an alternative execution method for the state’s death-row inmates, amid a lack of lethal injection drugs.

The bill, approved by a 66–43 vote, will require condemned inmates to choose either being shot or electrocuted if lethal injection drugs aren’t available. The state is one of only nine to still use the electric chair and will become only the fourth to allow firing squads.

Currently, South Carolina isn’t able to place inmates on death row as its supply of lethal injection drugs has expired, and it hasn’t been able to purchase more because of a nationwide shortage. The state last conducted an execution in May 2011.

Condemned inmates are currently able to choose between the electric chair and lethal injection, and since the drugs aren’t available, many have chosen the lethal injection method as the state is then unable to force inmates to be executed by means of electrocution.

The bill keeps lethal injection if the state has the drugs but requires prison officials to use the electric chair if it doesn’t. Inmates could choose a firing squad if they prefer.

Now, before you criticize the State of South Carolina of being some backward place that just wants to be cruel to inmates, realize that the reason that the state hasn’t been able to implement the death penalty by lethal injection in the last ten years is due to the pharmaceutical industry. If you want to blame someone, blame the people who aren’t allowing a “nicer” method to implement the death penalty.

Still, whatever your thoughts on firing squads, this is certainly an unexpected situation. What do you think about South Carolina possibly implementing firing squads? Tell us below.