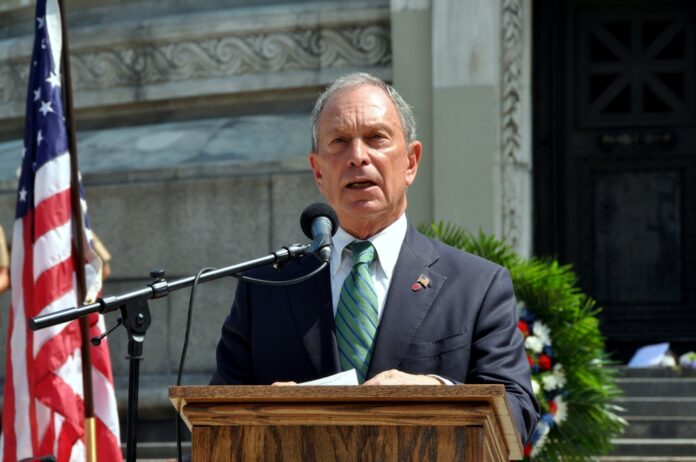 Let me be frank: I’m not a Michael Bloomberg fan. I don’t care for his political positions, and he doesn’t come across as someone that I’d like on a personal level, either. But I just found out information about who Bloomberg has worked with in his gun control efforts that makes me want to throw up.

Many Americans don’t seem to realize that Michael Bloomberg is the primary reason that the Everytown for Gun Safety organization started. And, to be fair, people who aren’t familiar with the importance of gun rights probably don’t care.

But those people might care if they knew who Bloomberg buddied up with to get that organization going (hat tip to here for the lead). Alexander Marlow writes,

Michael Bloomberg and his top associates at his namesake news conglomerate, Bloomberg LP, have regularly met in Beijing with top Chinese Communist Party (CCP) officials and propagandists, according to the Chinese government. I document these meetings, which have taken place over several years, in my book Breaking the News: Exposing the Establishment Media’s Hidden Deals and Secret Corruption, released May 18th.

According to documents reviewed while researching for this book, these propagandists regulate Bloomberg LP and control the extent to which the former Democrat mega-donor-turned presidential candidate’s business can access the gigantic Chinese market. Michael Bloomberg himself has spoken favorably—even glowingly—about China, President Xi Jinping, and other top Beijing officials. Bloomberg LP seemingly does a lot more business with China than its competitors.

Specifically, Bloomberg had his hireling Kevin Sheekey meet with the Chinese regularly. What you may not know is that Sheekey is also a point man for Bloomberg’s anti-gun efforts. Kara Voght writes (pardon the language),

[A]t the urging of longtime aides like Kevin Sheekey, who now runs his presidential campaign, and John Feinblatt, who leads Everytown, Bloomberg opted to [push gun control] independently of the anemic Brady Campaign. “It was, among some people who worked with the mayor, a conscious effort to pick an issue around which he could raise his national profile,” the former staffer recalls. “What the fuck did we need Brady for?”

So, to put it together for you: Bloomberg speaks well of the Chinese Communist Party and its leadership. Bloomberg flunky Kevin Sheekey has met regularly with Chinese propagandists and also pushes gun control. And, if you didn’t know it already, the Chinese Communist Party is actively hostile towards individual gun rights. The Second Amendment threatens communists’ ability to run everyone’s lives.

Now, you may argue that this is all circumstantial, and I’ll agree with you. I will also argue, though, that based on what I’ve seen both Bloomberg and the Chinese Communist Party do in the past few years, I think it likely that they are working together on some level to promote U.S. gun control.

And if the Chinese Communist Party is pushing gun control in the U.S., you have to ask yourself why.