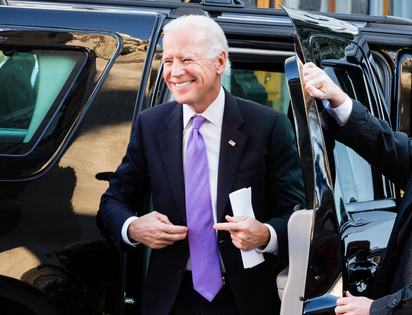 It’s no secret that our country is sharply divided over politics these days, and the current administration in the White House has garnered its fair share of criticism. The situation has gotten so bad with the policies being pushed and the outcomes of those policies, that even traditionally politically left-leaning media like The New York Times have started criticizing the Biden administration.

Even many people who were celebrating Biden’s move into the White House seven months ago are upset about his handling of the recent huge foreign policy screw up.

Of course, I’m talking about the fall of Afghanistan to one organization known to support terrorists and which has now placed both U.S. citizens and Afghani allies of the U.S. there in danger.

It is a terrible mess.

But there is something about this situation that both for pro-gun and anti-gun people need to think about. Lee Williams is concerned that the Taliban having U.S. military materials (firearms, vehicles, etc.) is a real threat to people in the U.S. because of the Taliban’s terrorist activities, and Americans should pay attention to how other parts of the world react to terrorist threats. Williams writes,

[A Taliban terrorist attack on U.S. soil is] almost a certainty, especially with their drug cartel connections. It’s just a matter of time. Therefore, the time to harden the Homeland is now.

When Israel faces an imminent threat, they suspend and relax their firearms restrictions. (Yes, Israel has firearms regulations too.) It’s time for us to follow suit – right now – rather than waiting until after the terrorists strike. National constitutional carry would be a good first step. It would end the confusing patchwork of local, county and state gun laws, and allow American to protect themselves from any threat, regardless of their zip code.

Imperial Japan’s Admiral Isoroku Yamamoto once said: “You cannot invade mainland United States. There would be a rifle behind each blade of grass.” His quote is as true now as it was then.

Political liberals need to take note: when there are real concerns about a terrorist attack, other countries encourage their citizens to have firearms. And we should, too. In fact, that is one of the justifications for private firearms ownership that may actually make sense to political liberals who have tended to hate firearms.

Yes, protecting Americans should be on everyone’s mind, and widespread gun ownership is one of the most effective ways to do just that.