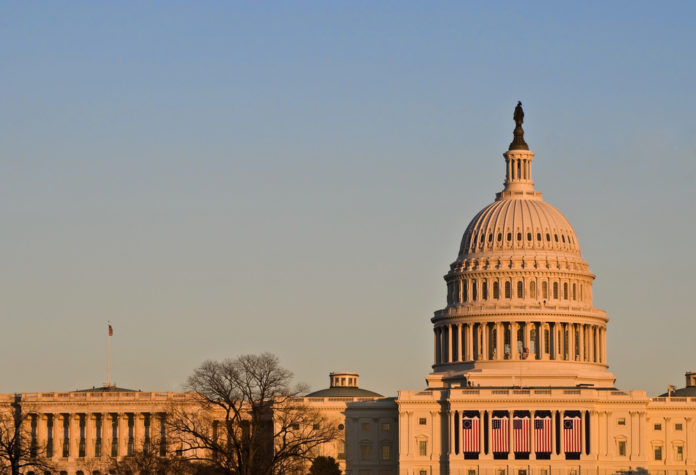 School safety is a political hot button which, frankly, is likely to get worse with the upcoming Presidential election. And, like any hot button issue, there are many people who just make knee jerk emotional responses without any thought behind it when they are trying to look for solutions to the perceived problem.

Fortunately, though, there are a few people who have taken the time to look for real solutions to school shootings, but the answers which can work run completely counter-intuitive to the emotional reactions of anti-gunners. One of those people is Representative Thomas Massey from Kentucky. Chris Eger writes,

A measure that would scrap the longstanding federal “gun-free zone” rules when passing within 1,000 feet of a school has been introduced in the U.S. House.

The Safe Students Act, first announced in 2007 by U.S. Rep. Ron Paul, R-Texas, has been rebooted by Kentucky Republican Thomas Massie this week and re-introduced with seven co-sponsors. The move would repeal the 30-year-old “no guns allowed” zone around public, private, and parochial elementary and high schools nationwide. Backers argue the bill is needed to allow local governments and school boards to set their own firearms policy without Washington red tape.

“The only thing gun-free zones do is disarm law-abiding citizens and take away their ability to protect themselves and others,” said U.S. Rep. Jeff Duncan, R-SC, a co-sponsor. “We shouldn’t leave our most vulnerable – our children – in an unsafe environment like gun-free zones where acts of violence cannot be stopped.”

The Gun-Free School Zones Act, part of the Crime Control Act of 1990, was the brainchild of Wisconsin Democrat Herb Kohl and by then-U.S. Sen. Joe Biden. The act has long restricted gun possession within 1,000 feet of a school campus although it has been successfully challenged in the courts as unconstitutional, leading the law to be modified in 1996. Several attempts by Republican lawmakers to repeal its provisions wholesale over the years have failed.

President Trump, while campaigning for the White House in 2016, said he would support getting rid of gun free zones in schools and military bases.

The Safe Students Act has been introduced as H.R. 3200 and has been referred to the House Committee on the Judiciary.

Now, I’m not going to pretend that I think that the anti-gunner controlled House is likely to let this bill ever get out of committee while they are in power, but this is the kind of thing that we should be pushing for. Parents and teachers need to have the ability to protect students from shooters, and the best way to do that is to be able to shoot back. And it doesn’t hurt to advertise to shooters that you will shoot back since they tend to be cowards looking for gun free zones in which to commit their crimes because no opposing guns means they can kill more people.

But we have a chance with this upcoming election to change the House to a pro-gun majority and to push for real gun rights reform which, in case it wasn’t clear, means no limitation on gun rights. That is the single best way to make America a danger zone to would-be shooters and a safe place for everyday citizens.