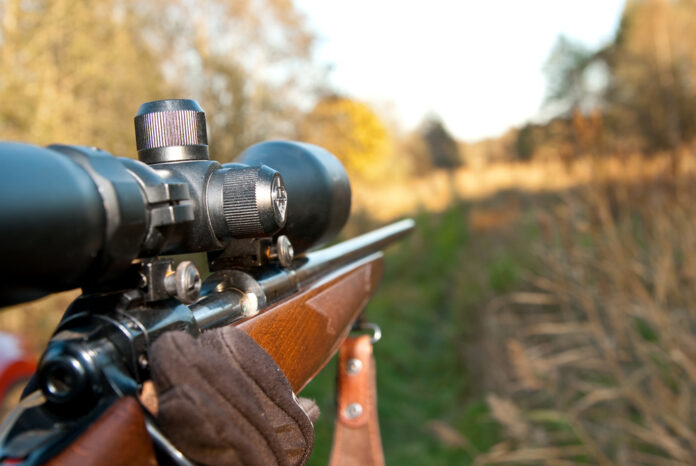 Of course, nothing could be further from the truth, but the the truth doesn’t change the mind of a zealot.

Still, the truth of the matter would surprise, even shock, anti-gunners if they had the self-awareness to realize their echo chamber thinking about guns might not be the whole story.

And what is the truth of the matter? It is that an incredibly tiny number of any group of people wants to do evil things. Again, that’s true of literally any and every group of people. Most people want firearms for personal protection. Some want them for sport (shooting a target at a range is fun). And (surprise!) there is another reason that people want to use firearms which anti-gunners rarely, if ever consider: it may be the only way to get meat in a crisis situation. A person going by J. KB writes (language warning),

Americans turn to hunting for food, renewal during pandemic

David Elliot first thought of shooting an elk to help feed family and friends back in January when the United States reported its first novel coronavirus case.

Elliot, emergency manager at Holy Cross Hospital in Taos, New Mexico, had always wanted to go big game hunting and, with the pandemic spreading, there seemed no better time to try to fill his freezer with free-range, super-lean meat.

So for the first time in his life, despite not owning a rifle or ever having hunted large animals, he put his name in for New Mexico’s annual elk permit draw.

This is fantastic.  We have a new gun owner.  Not because of self-defense in the strictest sense, but because he’s hungry and he’s going to get burger meat straight from nature.

With some U.S. meat processors halting operations as workers fall ill, stoking fears of shortages, and people having more time on their hands and possibly less money due to shutdowns and layoffs, he is among a growing number of Americans turning to hunting for food, according to state data and hunting groups.

For years the population of hunters has been dwindling, even as guns have become more plentiful.  It’s simply been a demographic change.  More Americans are moving into the suburbs where hunting is less popular.

With people seeing how fragile the supply chain for meat is, going out and getting your own in a crisis has some appeal.

Game and fish agencies from Minnesota to New Mexico have reported an increase in either hunting license sales, permit applications, or both this spring.

Indiana saw a 28% jump in turkey license sales during the first week of the season as hunters likely had more time to get out into the woods, said Marty Benson, a spokesman for the state’s department of natural resources.

“People are starting to consider self-reliance and where their food comes from,” said Forester of the hunter research and training group. “I think we’re all born hunters.”

Self-reliance.  That might be one of the best outcomes of this crisis.

I think that J. KB is right: self-reliance (a traditionally American trait which is woefully missing from most of those on the political left) is a great outcome of this COVID-19 situation. Let’s hope that it catches on and catches on big. If it does, then we can expect to see a lot more people interested in becoming gun owners and throwing their votes behind the gun rights cause.