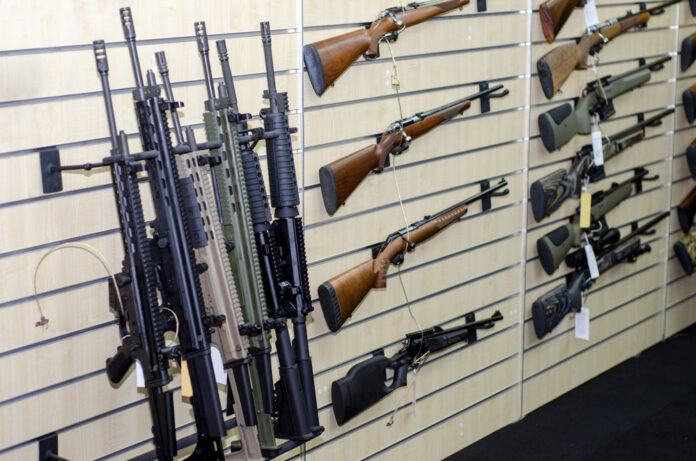 Beto O’Rourke, if you’re not familiar with him, is a rampantly anti-gun politician from Texas running to be the nominee for the Democratic Presidential candidate against Donald Trump in 2020. Unfortunately, like literally every other Democratic Presidential candidate this time around, Beto (as people tend to call him even though his name is Robert Francis O’Rourke) wants to take all of our rifles. But, apparently, he thinks that we’re stupid, too.

What do I mean? Well, while he has gone on record as saying that he wants to take all of our AR-15s and AK-47s, he now says that he doesn’t want to take our hunting rifles (small consolation to my friend who hunts deer with his AR). AWR Hawkins writes,

During an interview with CNN’s Chris Cuomo, Democrat presidential hopeful Beto O’Rourke confirmed his support for gun confiscation but made clear he does plan on taking away hunting rifles.

Cuomo began the segment by asking, “Are you, in fact, in favor of gun confiscation.”

O’Rourke responded, “Yes,” then  went on to emphasize certain types of guns he wishes to confiscate. Those include AR-15 and AK-47 rifles and their variants.

O’Rourke said, “When it comes to those weapons, Chris, the answer [to the confiscation question] is ‘yes.’ But when it comes to firearms used for hunting or self-defense the answer is ‘no.’ And I don’t want you or anyone else to get into the fear mongering, that some have fallen prey to, saying that the government is going to come and take all your guns.”

During the September 12, Democrat debate O’Rourke said, “Hell yes, we’re going to take your AR-15.” The next morning, during a MSNBC interview, he stressed that it will be “mandatory” to hand over AR-15s under his ban.

While speaking to reporters in Plano, Texas, last weekend O’Rourke made clear his plans to enforce the ban including fining citizens into compliance.

But he asked Cuomo to avoid fear mongering.

So, Beto asked Cuomo to avoid fearmongering, but who exactly is stirring up fear about ARs and AKs except anti-gunner politicians like Beto? If that’s not the pot calling the kettle black, then I don’t know what is.

And the nerve and blatant arrogance for him to say that these rifles aren’t used for hunting or self-defense! How in the world did this guy get into office in Texas?

But, while I think that Beto is a horrible choice for President in 2020, just remember that he is exactly what the Democratic Party is putting forward for that position.

This kind of insanity has to stop, and, whether you choose to vote Republican or Libertarian or another third party, it’s pretty clear that if you believe in the Constitution and if you believe in gun rights, you won’t be able to vote Democrat for President in 2020.