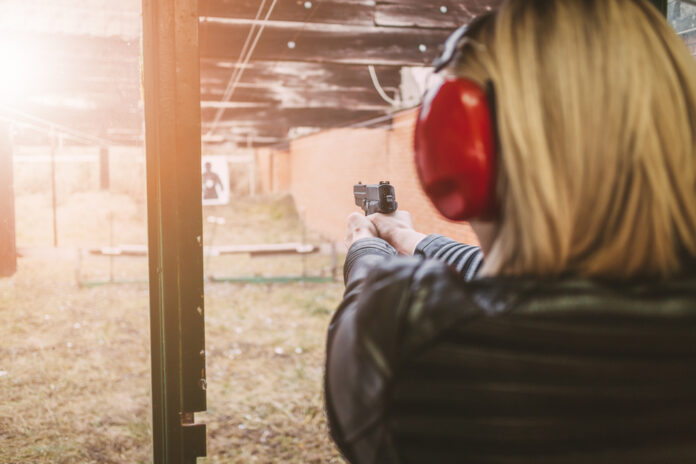 Now, to be fair, it’s likely that a bunch of the people involved with Everytown have bought the mainstream media misinformation and hype that guns cause violence, but there isn’t any question that a good number of the people in leadership of that group have to know the truth about guns and safety, but they would rather disarm you than to have you be able to defend yourself.

Or to keep your kids safe.

How can I say that? Well, despite all of the evidence to the contrary, Everytown filed a lawsuit in Ohio which ended up with a ruling that forces teachers to have seven times more firearm training than police officers to be able to be armed in the classroom to protect children (hat tip to here for the lead).

Armed teachers and other staff members at school district in the northern Cincinnati suburbs must have police levels of training, which is 728 hours, not the 27 hours in the school’s policy, an appeals court ruled this week.

“The express language of the statute does not suggest an intention to allow teachers or staff to carry a firearm while on duty with less training than that indicated in the statute,” Ohio 12th District Court of Appeals Judge Robert Ringland wrote in the decision.

“Rather, the plain language of the statute reveals that a board of education may only employ such persons if they have received significant training or have more than 20 years of experience.”

Now, by way of comparison, Alvin Chang tells us how much firearm training law enforcement officers get:

Police academies spend about 110 hours training their recruits on firearms skills and self-defense — but just eight hours on conflict management and mediation.

This is according to a 2006 report from the Department of Justice, which looked at the median time state and local academies spent on various law enforcement skills.

The report is a decade old, but it’s the most recent data we have on how much time is usually spent training police officers to diffuse tense situations.

Now, Chang’s article for Vox (an extremely politically left-leaning site) wants to point out that police get more firearm training than conflict management skills (as if you can’t practice conflict management skills away from the training area unlike firearms skills which require a gun range), but this data from a site that worships at the altar of gun control makes our point: the requirement of the Everytown lawsuit ruling is ridiculous and, frankly, could only have been made by a judge in Everytown’s back pocket.

We could have a discussion about whether teachers need as much firearms training as law enforcement, but to require, essentially, 17 weeks of full-time firearms training (assuming a 40 hour work week) is absurd and an attempt to choke out the option of teachers being armed on campus.

In other words, Everytown and their pet judge want your kids to be sitting ducks for the next mass shooter.