Home Guns Here’s Why You Should Care That They Used Red Flag Laws To... 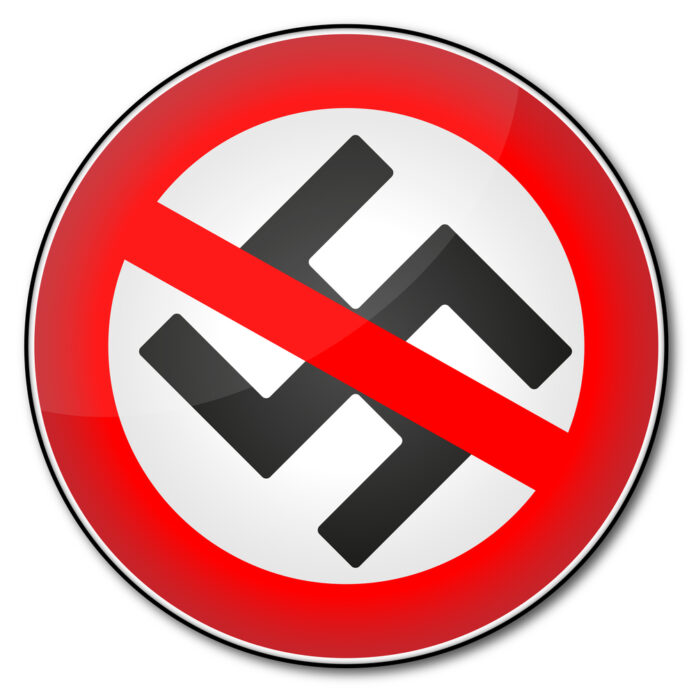 Let me say it up front so there is no confusion: Nazism is evil. Its racism is evil, and its system of government enslaves people under it.

Having said that, in America, for the First Amendment to mean anything, it has to allow people who we think are idiots to be allowed to say what they want. So long as they aren’t on my property, as in my house or my business, etc.

Our rights also mean that people who we believe have evil intentions (yes, like Nazis) have the right own guns so long as they don’t initiate physical aggression against anyone else. Yes, I am saying that, contrary to the safe space whiners out there, words are absolutely not violence.

But you won’t be surprised that the nutcase government in California doesn’t care about the rights of anyone who lives there (hat tip to here and here for the lead). Laura Haefeli writes,

“We’re able to obtain a gun violence restraining order against [the alleged leader of the neo nazi group] and a search warrant, and a firearm was seized,” Nelson said.

“This search warrant it’s the first of its kind at least in the country. As far as how we obtained it and were able to serve it,” Nelson said. “He was posting enough racist rhetoric and propaganda on Facebook that it was concerning that his behaviors could become violent in retaliation.”

Local agencies are keeping a close eye on the house connected to Andrew Casarez. As for the FBI, they don’t police ideology. They will only take action if a person threatens violence or actually commits a crime. But the Sacramento County Sheriff’s Office wasn’t willing to wait.

“Instead of waiting for him to go out and commit acts of violence, per se, they were able to ideally stop it before it started. But he did have a firearm in his possession,” Nelson said.

The “Bowl Patrol” has less than 100 members but researchers with the Southern Poverty Law Center say their online impact could be endless and especially dangerous for his hometown of Orangevale.

So, you may be asking, what’s the big deal about taking guns from a guy who holds opinions that the overwhelming majority of people (yes, including me) find offensive? The big deal is this: this guy hasn’t shot anyone. He hasn’t committed violence against anyone. He’s just said horrible things. So, when the government can take action against people who hold unpopular ideas, what do you think will happen to people who speak out against California Governor Gavin Newsome or New York Governor Andrew Cuomo or the mayor of Chicago or Baltimore or New York?

When your rights can be taken away from you simply because you hold ideas that other people find offensive, then those rights can be taken away from anyone else for the same reason: the ideas were “unacceptable.” When that happens, your rights are meaningless, and you keep them at the arbitrary whim of whatever bureaucrat reviews your situation. Don’t count on that going well.

So, yes, we should be concerned that red flag laws were used to take the guns of an alleged New Nazi. I can hate his ideas, but until he actually initiates violence, he has the right to be able to protect himself from attach just the same as you or I do.