Growing up I loved the RAMBO movies …

The RAMBO movies were based off a book written by David Morrell called “First Blood”(hence the name of the first movie). After I read First Blood, David Morrell has since become one of my favorite authors after I found him in my pre-teen years (I’ve always been a voracious reader of topics that interest me).

Thank God my parents didn’t shelter me too much during those years.

It’s also the same years I made it my life’s mission to become a Navy SEAL when I got older. Around 3rd grade I remember my mom refusing to let me jump into my neighbor’s pool with handcuffs on so I could do the “drown proofing” drills I had seen in Navy SEAL training on TV (Bummer!)

Anyways, for various reasons I chose not to become a SEAL when I turned 18, but obviously I still read like crazy and these things still interest me …

Being well read and somewhat knowledgeable about firearms and whatnot, it always drives me CRAZY when I watch a movie or read a book and the obviously do no research on the weapons or guns used.

His books are always thoroughly researched, and many times he actually goes through intense training while doing research for his characters.

So what does David Morrell have to do with my new favorite pocket knife?

One day, I read the newest David Morrell book “The Protector”. The Protector not only has the main character, a former Delta Force operator named Cavanaugh, using an Emerson CQC-7 knife, but the cover art itself is a blood-stained Emerson CQC-7.

Now, of course, I figure I can’t ever afford an Emerson knife, and after a little research the CQC-7 looked like it was out of reach too …

Emerson, to make a long story short is a “famous” knife maker.

Specifically, he was one of the first guys to custom make — as in hand make — folding knives for the US Navy SEALs. This custom version was named the CQC-6 — either after SEAL Team 6 or because it was the 6th model of design. CQC stands for “Close Quarters Combat”.

Ownership of a CQC6 soon became something of a status symbol among members of various elite military units, including Navy SEALs, Army Special Forces, German GSG 9, and British SAS …

When a bigger commercial manufacturer came to Emerson and wanted to produce them large scale, Emerson licensed them a similar design called the CQC-7.

Even though it obviously wasn’t handmade, everyone loved getting Emerson’s work, at an affordable price and without the five-year wait.

They’re still popular with elite special forces groups, in fact, in May 2013, a non-custom factory-made Emerson CQC-7 knife carried by the Navy SEAL who served as point man on the mission to kill Osama bin Laden was auctioned off for charity, netting over $35,400!

The problem with Emerson knives?

The price. I wouldn’t really consider myself a “hardcore” knife collector or aficionado. I might be getting there though …

Anyways, for a knife that starts around $150 and only goes up in price — it was a little steep for me to ever use as an EDC knife (that I’m going to use 90% of the time to cut boxes and other mundane chores–not take out terrorists).

Kershaw is a knife manufacturer that’s rather popular. In fact, for the past year or so I’ve been carrying almost every day a “cheap” kershaw pocket knife. I say “cheap” because it was low in price not quality.

I love it actually. It fits my hand good, has a nice tanto blade, is tough, and does every job I’ve thrown at it …

I actually respect Kershaw as a maker of pocket knives that you can count on for LESS than $50 all in.

Recently, we all lucked out because Kershaw teamed up with Emerson to make the Emerson designed knives available to everyone without deep pockets!

As soon as I heard my favorite CHEAP knife maker — Kershaw — was teaming up with the maker of the most respected knives I knew — Emerson — I got super excited and ordered it the day I found it on Amazon.

For just $32.95 (shipping was free because I have PRIME) — I got this bad boy delivered to my door …

To make a long story short, I love it.

The cool thing about the Emerson design is the unique “Wave” feature. In short, it allows the knife to open as soon as you draw it from your pocket because a “hook” part of the dull side of the blade catches on your pocket as you draw it out.

Very useful if you ever need your knife out and deployed with just one hand.

Anyways, I’ve got this thing sitting here on my desk right now, it looks gorgeous.

The only complaint I might have is the size, it’s a lot bigger than my little EDC Kershaw folding knife — so I might try one of the Emerson CQC smaller knives — specifically the CQC-3k — as it will probably just a little bit smaller than the Kershaw I carry right now (see below):

Anyways, I feel any of the Kershaw Emerson CQC knives are the best you can get for under $50 (under $40 in most cases!) and I can’t wait to add a few more to my collection.

Pick one up if you’re looking for a new, proven, EDC knife. 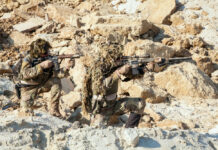 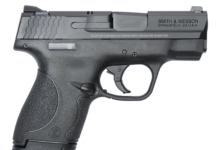 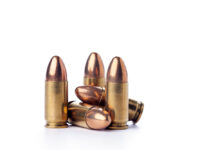