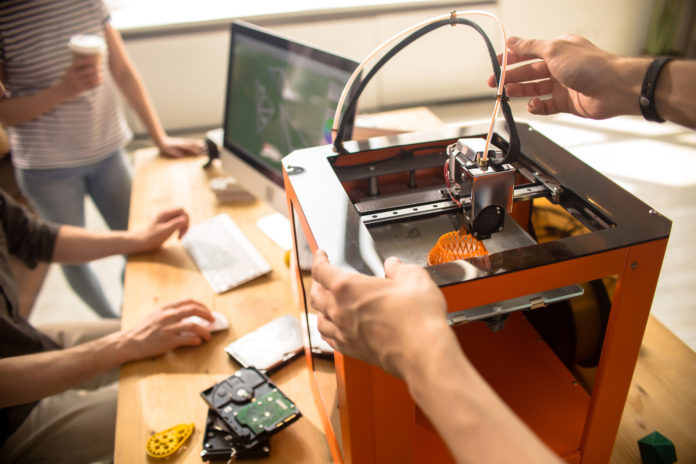 Anti-gunners are all up in arms (pun intended) about the recent Department of Justice decision about 3D guns. They are scared to death that, now, people with evil intent are going to make guns in their basements and take over the country.

As if evil people haven’t had easy access to firearms already.

But a few things need to be cleared up about the DOJ’s decision and about firearms in general to put this whole case into perspective. In particular, three points need to be addressed. The first point is that the DOJ’s decision only changes things for Defense Distributed, the company who was seeking to be able to distribute 3D printer plans for firearms. Why do we say that? Well, because you already had the right to make firearms at your home. Brian Doherty writes,

Making guns at home for personal use has always been legal. And since 1988, it has been and remains illegal to make or sell a gun that “is not…detectable…by walk-through metal detectors” or “when subjected to inspection by the types of x-ray machines commonly used at airports, does not generate an image that accurately depicts the shape of the component.”

In other words, the only thing that changed is that Defense Distributed can… well… distribute their 3D gun plans which will give people plans for how to 3D print a gun. But you could 3D print a gun already before the DOJ’s decision. So, nothing has really changed for you and me.

Secondly, the DOJ’s decision isn’t a Trump administration promotion of gun rights. Sadly, as much as you or I might like that, the DOJ’s decision was specifically about interpretation of the International Traffic in Arms Regulations (ITAR) rules. And, as a Defense Distributed lawyer said, the Feds probably dropped the case against Defense Distributed because they didn’t feel like they could win it in the Fifth Circuit court.

Third, this case is about free speech as much (or more) than about gun rights. Really, the legal issue from Defense Distributed’s side is that the Fed’s trying to prevent distribution of gun plans for 3D printers was a violation of Defense Distributed’s right to say what they want. The issue wasn’t really around what it is that they were trying to say or what specific information that they were trying to put out into the world.

So, before anti-gunners get all bent out of shape (and, before pro-gun people like you and me get too excited, maybe we should get a bigger picture understanding of what is going on because, really, not much has changed in the world from this decision.