Home Gear How To Punch Holes In Wood (even if you’re arthritic and getting... 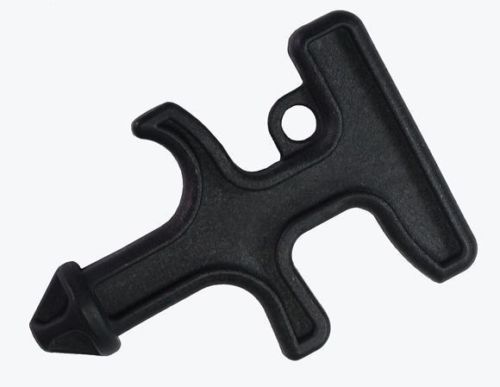 You’re out late at night, maybe two in the morning…

You stop at an all-night convenience store and gas station. While you’re inside in line to pay for your gas, a couple of guys come in and start raising a ruckus, maybe yelling at the clerk, tossing things in the aisles, making asses of themselves.

You watch and wonder if you’re about to see a robbery, or just a couple of belligerent drunks beating up a convenience store clerk. Knowing that there are two of them and only one of you – minimum wage isn’t worth fighting over, so the clerk won’t be of much help, and who could blame him?

So what do you do? Read on…

You reach into your pocket, palm your ComTech Stinger, and wait for trouble. 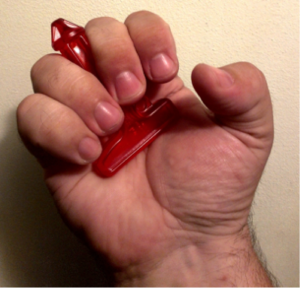 The moment passes and the drunk guys leave. You ease your grip on the stinger, letting the pointy knob slip out from between your fingers.

You didn’t have to mix it up with anyone, so you’re better off than if you had. Just the same, you’re glad you had an equalizer.

The ComTech Stinger has been on the market for quite some time and can be had in multiple opaque and translucent colors. It is basically a keychain pressure point tool that can augment a punch.

Of course, this is nothing new.

It’s been around for a while now and James Keating of ComTech probably sells a boatload of them in any given month. They’re on the keychains of countless self-defense-minded citizens and preppers.

They’re plastic, so they won’t give metal detectors any trouble – though of course you would never try to take this into a high security area or onto an airplane.

Still, it’s good to know that on your keychain is something you can carry into many guarded but lower-security venues where metal detectors screen the visitors (such as certain amusement parks, etc.).

The ComTech Stinger is cheap enough that you have no excuse not to carry one. It’s light enough that it disappears in your every day carry gear.

By magnifying the power of your strike – it’s simple physics that when you concentrate the power of a blow in a smaller, more rigid (stronger) area, you’re going to do more damage to the target – the stinger makes it possible for you to deal out more force than you could with your bare fists (and feet, and knees, and elbows) alone.

There are a lot of people out there who seem to think that hand held items like these are “toys” – distractions that are the last resort of those not confident in their abilities to dish out pain and suffering with their bare fists and attitudes.

You’re not an animal, but a human being.

You should use a tool.

Why on Earth would you risk breaking your knuckles or exchanging blood with an adversary when you could instead use a rigid tool?

Plastic keychain tools are perfect for this type of application. And they’re cheap enough that if you do have to leave one behind at a security checkpoint, you won’t be out much money.

Alongside the ComTech stinger, another great tool is the Cold Steel Koga. The model has changed over the year, but it’s basically just a big plastic dowel that is contoured for traction and ease of grip, as well as to make the points a little smaller to intensify the power of a blow with the tool.

I don’t know about you, but I can’t ram my fist into a picnic table or a brick wall without hurting myself. I can’t make much of a dent in either, because my hand is less rigid and more fragile than either of those striking surfaces. 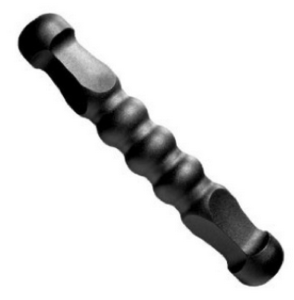 With my Koga or my Stinger, however, I can do real damage to either hard, unyielding surface. Imagine if that brick wall or that picnic table were somebody’s skull!

I can also do that damage without feeling any pain, which is a bonus. The less pain you feel, the harder you can hit, and the more you can concentrate on dealing with your opponent.

The Koga, when held in the fist, leaves serious dents in wood surfaces and will also chip brick. The wood doesn’t harm the Koga, but the brick scuffs it somewhat.

The Stinger, at least in my hands, leaves even deeper dents, I think because I am able to use the full structure of my punches as I was taught to do them when holding the stinger as an extension of the fist. It’s harder to do that with the Koga, though hammer fist blows are indeed powerful. 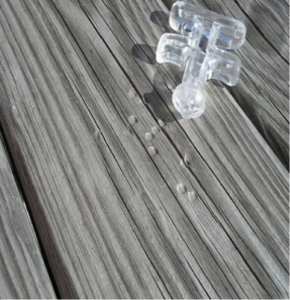 Either way, the Koga and Stinger can do far more hurt to somebody than just your knuckles.

You ought to carry one or the other, or something similar, because why WOULDN’T you? 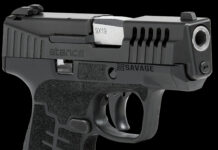 Is Savage Arms Jumping Into The Micro Compact Pistol Market? Yes, And Here Are The Details 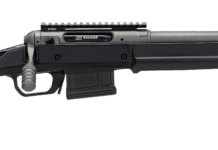 To Top Off A Crazy 2021, 2 Manufacturers Partnered To Create Something Unexpected 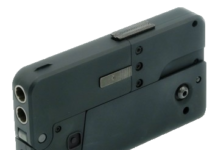