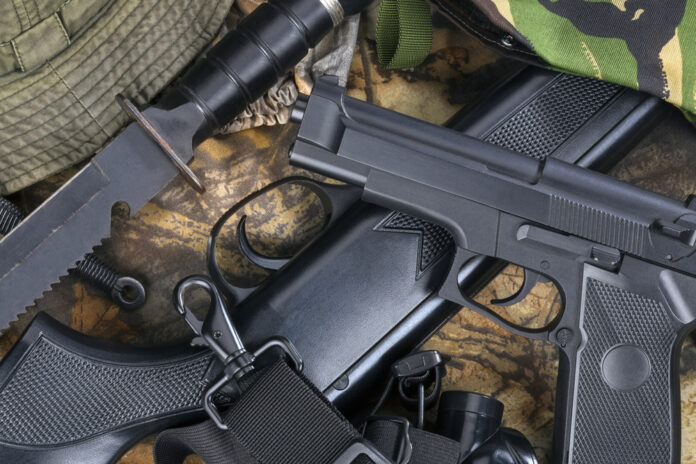 It’s frustrating how often people in the political world say one thing but show you that they really want something else by their actions. For example, they say that they want to help one group of people but vote in a way that doesn’t help those folks at all.

Or if you’re Virginia Governor Ralph Northam and his cronies, you tell people that you want to reduce violent crime and then proceed to kill a bill that would have made a difference for violent crime so you can focus on gun control. Which won’t decrease violent crime.

You’d almost think that it was a Saturday Night Live skit if it weren’t so sad. Don’t believe me? Cam Edwards gives us the details:

Virginia Democrats on Thursday evening killed a bill that would have done more to reduce violent crime in the state’s hardest hit cities than any of Gov. Ralph Northam’s proposals, making it clear that their agenda isn’t about saving lives, but restricting rights.

The two programs work in conjunction with each other, both targeting the cities most violent and prolific offenders. Those individuals are given a choice. They can stop shooting, in which case they can work with the Ceasefire folks to help put their life on the right path, whether it’s through a GED program, job training, an apprenticeship, and the like. Or, if they keep shooting, they’ll be dealing with the men and women in Project Exile, and their cases are going to be referred to federal court where they’ll be facing long prison sentences without the possibility of early release.

“You’re going to stop shooting. We’ll help you if you let us, but we’ll make you if we have to.” That’s the message and the strategy behind these programs and it works, as has been detailed by researchers like David Kennedy, who has helped implement the strategy in many cities over the past twenty years. It works because it targets the people who are actually committing violent crimes. In many cases, these most likely to offend are also the most likely to be victimized. They’re responsible for a disproportionate amount of crime and tragedy in the communities they live and prey upon. But many of them are not beyond redemption, and lives have not only been saved but changed by these efforts.

This is the bill that Democrats killed, while passing bills to ration handgun purchases, limit firearms training, establish red flag laws, and even allow localities to pass their own gun control laws. They want cities across the state to be able to put useless, ineffective, and unconstitutional laws on the books, while preventing them from putting proven and effective programs in place that don’t require any new legislation beyond establishing a funding mechanism.

It would be nice if this were a joke or if I had to make up this nonsense. But I don’t. It’s utterly ridiculous.

But it’s this kind of anti-gun idiocy that is completely focused on guns without taking into consideration what will actually make a difference in gun violence that frustrates people. Well, that and the fact that it violates Constitutional rights.

And that’s exactly why we have a #VAGunRightsRebellion happening right now.