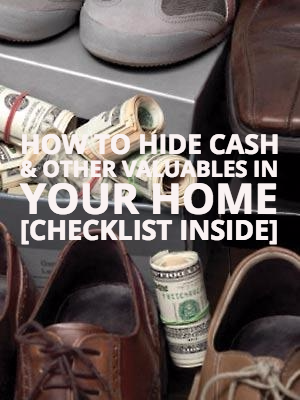 Earlier this week, I urged you to pay attention to what is happening right now in Greece …

Do you want to be caught in the next financial collapse, hungry, tired, stressed and wondering if the ATM at the front of the long line of other desperate people is going to go empty before you get to it?

And even if you get to it, with the capital controls in place, could you really live off $67 per day in cash?

Even worse, in Argentina, when the banks opened back up they had converted their citizens USD dollar deposits into Argentina Pesos. In Cyprus, they just flat out took 48% of every savings account over 100,000.

In short, your money is not “safe” in a bank. Period.

Not only will we see another serious financial crisis in the United States soon … but also … just look into asset forfeiture laws and how the IRS can seize your bank account without ever charging you with a crime.

Even the liberal New York Times realizes how criminal this government behavior is, their front page story reads

“The Internal Revenue Service agents did not accuse Ms. Hinders of money laundering or cheating on her taxes — in fact, she has not been charged with any crime. Instead, the money was seized solely because she had deposited less than $10,000 at a time, which they viewed as an attempt to avoid triggering a required government report.

“How can this happen?” Ms. Hinders said in a recent interview. “Who takes your money before they prove that you’ve done anything wrong with it?”

The federal government does.

Using a law designed to catch drug traffickers, racketeers and terrorists by tracking their cash, the government has gone after run-of-the-mill business owners and wage earners without so much as an allegation that they have committed serious crimes. The government can take the money without ever filing a criminal complaint, and the owners are left to prove they are innocent. Many give up.”

So what’s the answer?

Hide cash in your home. And hide it well. Let me help you with that today …

Don’t laugh, but you need to not forget where you hide things.

That happens quite a bit more often than you think.

It’s important to keep some type of mental inventory of your list of hiding places, so you don’t confuse yourself.

With that said, the best advice I’ve heard on hiding things — unconventionally — in your own home is from JJ Luna, the privacy expert and the author of “How To Be Invisible” (I highly recommend his book by the way).

First break down your hidden things into sizes …

Here’s the size guide according to JJ Luna …

Small: Valuable stamps, bills, rare coins, diamonds, and other items up to the size of a miniature pistol.

Medium: Documents, books, stacks of letters, and guns up to the size of a rifle.

Large: From computers and file cabinets up to you yourself, your mate, your mother, or your mistress.

“In your home, with one exception (a secret alcove, which I’ll mention later), do not hide anything in the master bedroom. Burglars, sneaky visitors, police, private investigators, U.S. marshals, agents for the Drug Enforcement Administration (DEA),
and members of the Bureau of Alcohol, Tobacco and Firearms (ATF) will look there first.

Instead, here are some places in your home or yard you can hide stuff:

• Interior of hollow doors, or inside rolled-up window shades.
• Inside a doghouse or a rabbit hutch, or in the crawl space under the house.
• Under the insulation in the attic (one of my favorites).
• Behind wall phones or cold air return vents.
• In the bottom of dog food or kitty litter bag.
• In the bottom half of double boiler, or a box of sanitary napkins.
• Inside zippered cushions, hollow canes, or umbrellas.
• Inside a guitar or other musical instrument, or in the empty case of an old portable radio.
• In file cabinets (with innocuous file names).
• Inside an old stereo or TV set in the garage.

Where to hide “Small” stuff …

Old JJ Luna is pretty crafty, he loves misdirection and disguises. And this advice is no different, “Save old junk-mail envelopes. Put a few hundred-dollar bills in each one, and hide them in such places as:

• Sheet music in a piano bench.
• In a hollowed-out section of an out-of-date computer manual.
• In the box of old tax receipts in a storage unit.
• In one of the hanging files in a file cabinet. Slip the envelopes into a file marked “Tax receipts” or some other uninteresting subject.
• Rolled up and inserted into a “foot powder” spray can with a removable bottom”

JJ Luna tells this story about how well the junk mail disguise works “When my car was stolen from SeaTac airport, the thieves broke open the glove compartment searching, I assume, for a gun. All they found were stacks of what appeared to be junk mail, so they tossed all those envelopes on the floor, and the envelopes were still there when the police recovered the car. The police didn’t notice, either, that two of those so-called junk mail envelopes each had five $50 bills in them.”

How to hide “Medium” size stuff …

JJ says this, ” My principal items in this category are reference books in the fields of scanning, hacking, vanishing, and doing business in the underground economy. Should my wife and I both die in an accident, I do not care to have these come to light. It’s a nuisance, but I keep these—plus tax records—off the premises in private storage. (In case of death, a friend of total confidence will clean out the unit and destroy all contents.)

How to hide “large” size stuff …

The basic idea here is to have a big enough room in your house for a large, three-drawer file cabinet that can also hold about two people. Preferably nobody knows about this room.

JJ says that you could build a room like this into your next home if it’s new construction but to hide it from the  architect, the contractor, and the workers (not to mention the city or county who would have the building plans) you would list the secret room as “storage” and leave it finished or unfinished (and as long as you’re building it, give some excuse for  at least one outlet in the room, along with an overhead light and a telephone connection).

In reading his advice, in my area of the country it’s very common for all the suburban homes that are built “cookie cutter” fashion to have partially finished or unfinished basements. You could finish a basement and leave one room hidden quite easily this way.

JJ Luna also offers a great tip to a reader concerned about having his home invaded and the criminals want him to give up the hiding locations. His advice is spot on …

“Hopefully this will never happen, because (a) you have never told a soul that you had anything hidden, and (b) you have serious layers of protection in your home. Nevertheless, some homeowners have two major hiding places, the first of which they are willing to give up. This could consist of a thousand or so in cash, plus some apparently rare coins and a few expensive-looking zircons that appear to be diamonds. Order the zircons on the Internet. Then go to a local jeweler and buy a luxurious, blue-velvet signature box in which to keep them.”

So don’t forget about the power of distraction.

As you know now, a thief will go to the master bedroom first, and hopefully he’ll find that safe, grab what’s in there and leave thinking he got it all … meanwhile you have the bulk of your money hidden in various other places throughout your home (including a much better hidden safe perhaps?).

You can’t trust the Government. You Can’t trust banks.

It’s smart to have cold, hard cash on hand for practically ANY emergency … but … you need to be extra, extra smart about how you handle it and where you hide it to make sure it’s just as safe in your home as it would be in a bank vault when it comes to theft or fire risk. 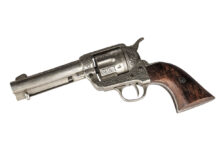