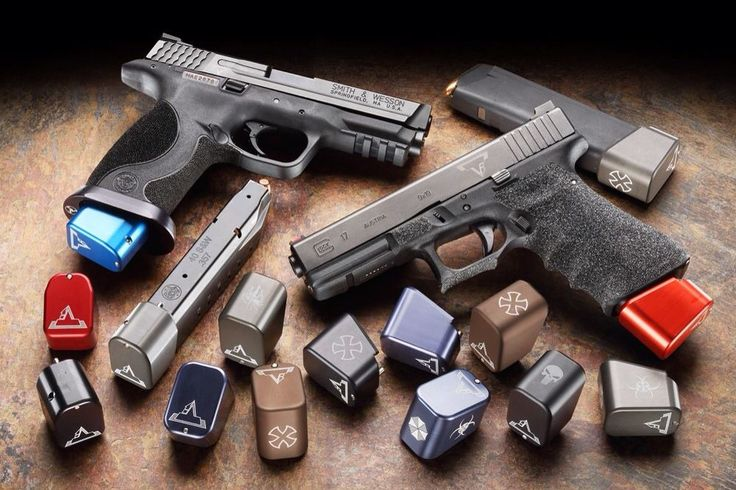 One thing that makes a great combat pistol is capacity.

Because all service pistol calibers (9mm, .40 and .45) are less powerful than rifle calibers, it’s a good thing to have more rounds on board.

In short, the more bullets the better.

In the eighties, the term “Wonder Nine” came into popular use to describe the new generation of semi-auto 9mm pistols. One feature that set these “wonder nines” apart was the double column magazine, holding anywhere from a minimum of 10 to just under 20 cartridges.

But this is America.

And we don’t like to sit on our butts and think anything is “good enough”, so what has become popular in the last few years?

Today, I’ll specifically talk about how these work and the two types I picked up for some testing …

The basic design of the semi-auto pistol magazine is pretty ingenious in its simplicity. 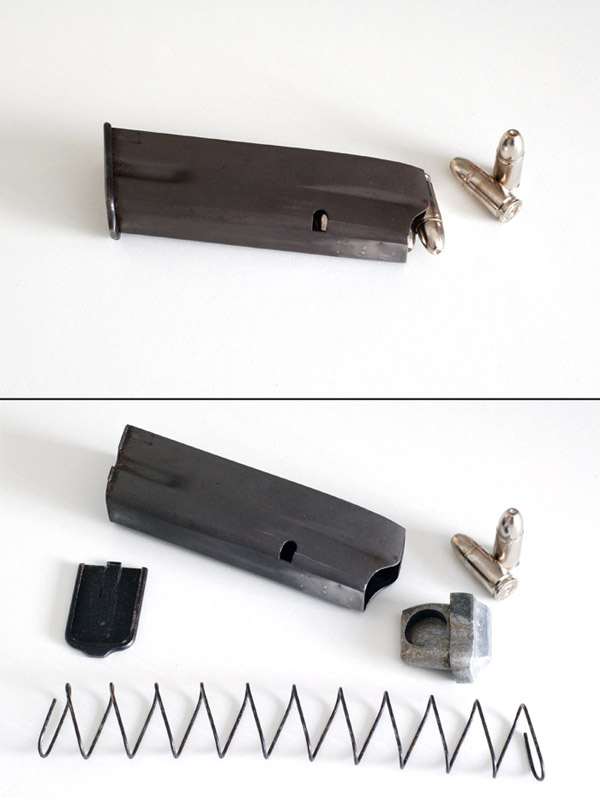 Most are pretty similar – they consist of a body made out of metal or plastic (or a combination of both), a baseplate, a follower and a spring. 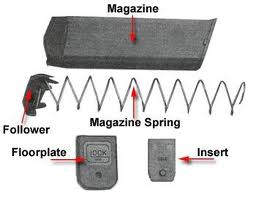 Of course, when loaded with bullets the spring is compressed, and as each round is fired and ejected from the handgun — the spring pushes up the next bullet in line and readies it to be shot next.

The baseplate at the very bottom both holds everything together and is the integral part that the spring is pushing against that makes the whole thing work.

Now that you know how the magazine design works, you can see that if you want more capacity from your magazines, replacing the factory baseplate with one with just a little “deeper” design could increase the effective length of the magazine body and give you more capacity.

The Problems With Most Extended Basepads …

There are usually two issues if you decide to play with magazine baseplates to increase capacity.

One is durability. Many of the first attempts to do this have been unreliable. That is that the baseplates will actually pop off the damn magazine and then of course, your spring goes flying and bullets fall out of your gun and you stand there with a non-functional gun.

Not something you can EVER afford to happen if you want to trust your gun as a self-defense tool.

Two is reduced function. In a nutshell, the spring has to be strong enough to push the next round up into the chamber area. But the spring was designed for a particular size magazine and when you increase the size of the magazine length (by adding the baseplate) you reduce the tension the spring. This can affect functioning from everything from loading the next round to the slide locking back as it’s supposed to on an empty gun.

Obviously, you don’t ever want this to happen with a gun you use for self-defense either.

These have been the two big complaints and failures in the past of most extended base pads and increased capacity extensions on handguns.

Now that you know the potential pitfalls, you can see that the way to design an effective base pad extension is to focus on two areas:

1.) Security and durability of how the base pad attaches to the bottom of the magazine. The last thing you want is the base pad to pop off and you have a “speed un-load” when you need a gun.

2.) Spring Tension. You either need a stronger spring, or you need to make sure that the stock spring in the magazine is strong enough to push a few extra rounds out of the magazine.

In the past few years (or at least that’s when I started noticing) I’ve been seeing more and more of these extended base pads show up on serious shooters guns.

The competition shooting world, in an effort to make things fair, often groups together shooters not just with relatively equal skill levels — but in categories of how many modifications they can do to their guns.

Because pulling the trigger again is always faster than reloading, the extended capacity base pads became really popular in some divisions of these competitions.

Obviously, I didn’t pay much attention because I knew about the two reliability issues we’ve discussed …

Then I started seeing them on a lot of “tactical shooters” guns too.

And I just couldn’t resist the idea of having MORE bullets in my guns!

Obviously, the designs have been improved so now I’ve picked a few up to start testing them.

Specifically, I got three of the Glock +5 extensions (with Wolff Spring) from Taylor Freelance. They also offer a +8 extension, but that’s too long for my uses since I primarily want to test these for concealed carry.

I also picked up the following from Taran Tactical Innovations: 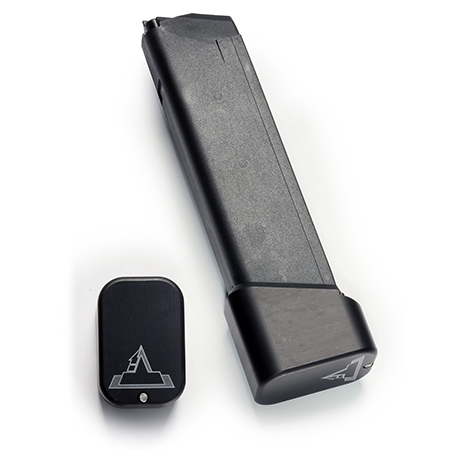 In the next part of this series, I’ll show you how to install the base pads and how that went. Plus, some important tips to make it go easier and to improve functioning.

S&W vs NJ: Here’s Why The Rest Of The Country Should...