Home News This Guy Assembles a Rifle Blindfolded in 30 Seconds – Why the... 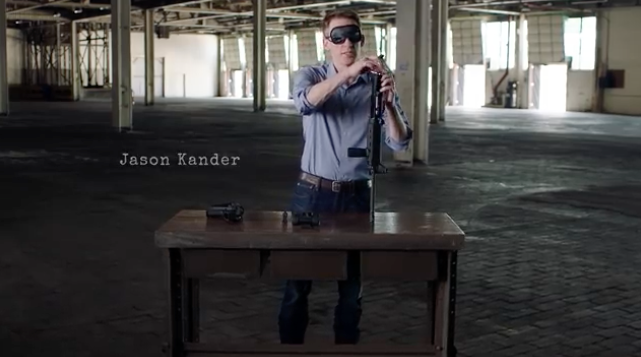 Jason Kander is a Democrat who is running against incumbent Missouri Sen. Roy Blunt.

Blunt has aggressively attacked Kander over 2nd amendment rights. And for good reason, too…

As the Kansas City Star reported in June, the battle between Blunt, 66, and Kander, 35, has been intense — especially on the issue of gun control. The National Rifle Association has awarded Blunt an “A” rating and has given Kander an “F” rating.

Kander must recognize that these attacks are hurting his chances of getting elected, so he recently created an ad in which he assembles a rifle blindfolded in less than 30 seconds. As a former Army vet who served in Afghanistan, Kander is quite familiar with guns…

Of course, just because you can assemble a rifle blindfolded doesn’t mean you’ll uphold the 2nd amendment. As The Blaze reports:

“It doesn’t matter how skilled you are at assembling a rifle when you consistently vote against law-abiding citizens’ constitutional right to self-defense,” NRA spokeswoman Jennifer Baker told the Associated Press. “Voters will not be fooled. Jason Kander is just another politician lying about his record to get elected.”

While Kander’s ad is cool to watch, Missouri gun owners should think long and hard about voting for him in the election.