Home Guns What The Trump Impeachment Efforts Are Really About 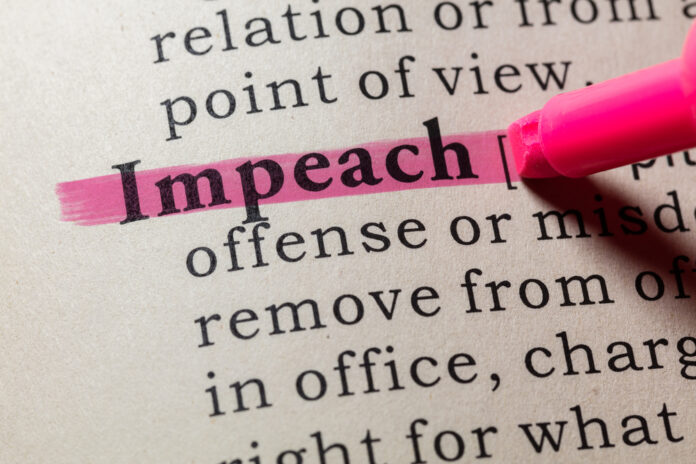 If you’ve been following the news at all lately, then you’ve no doubt heard about the latest efforts to impeach President Trump. This time the Democrats are saying that it has to do with improper use of influence involving Ukraine.

But according to the Citizens Committee for the Right to Keep and Bear Arms, that’s not the case at all (hat tip to here for the lead). Who are the CCRKBA (a name which just doesn’t lend itself to an acronym), they are “a non-profit organization [which] is dedicated to preserving firearms freedoms through active lobbying of elected officials and facilitating grass-roots organization of gun rights activists in local communities throughout the United States.” The CCRKBA released this statement on November 1, 2019:

The Citizens Committee for the Right to Keep and Bear Arms today declared there is a “hidden agenda” behind the impeachment efforts of House Democrats led by Nancy Pelosi and it is designed to tie up the U.S. Senate and derail efforts to confirm more pro-Second Amendment judges to the federal courts.

“It is clear to us that Capitol Hill anti-gunners are doing everything in their power to prevent confirmation of conservative judges who will adhere to the Constitution,” said CCRKBA Chairman Alan Gottlieb. “By burdening the Senate with this nonsense, Democrats believe they can prevent confirmation of pro-Second Amendment judicial nominees during the final year of President Donald Trump’s first term.”

Gottlieb noted that the president is fulfilling perhaps his most important campaign pledge, which was to bring balance back to the federal courts. Restoring that balance could be the president’s greatest legacy, he said.

“The same people pushing impeachment have been staunch allies of the gun prohibition lobby,” Gottlieb observed. “Anti-gunners have been horrified since Day One of Donald Trump’s presidency that he was actually determined to rein in the activist federal court system by nominating judges who understand there are ten amendments in the Bill of Rights, and that the Second Amendment really means what it says.

“More than eleven years after the landmark 2008 Heller ruling and more than nine years after the 2010 McDonald decision,” he continued, “some courts still act as though neither of those Supreme Court rulings existed. But the president has been filling court vacancies with solid, intelligent jurists who understand the difference between regulated privileges and constitutionally-enumerated, fundamental rights. Capitol Hill anti-gunners and their gun prohibitionist friends can’t stand it, and they’re using the impeachment crusade as a smoke screen to distract the Senate from doing its duty.

“This isn’t about impeaching the president,” Gottlieb stated. “This is about impeaching our Second Amendment rights. I guarantee that American gun owners are going to remember this in 2020.”

So, there you have it: the unvarnished truth that you aren’t going to hear from the mainstream media. Why? Because they know that there are millions of Americans like you and me that support our 2nd Amendment rights and that they can’t get their crazy gun control legislation through Congress. That’s why they want to pack the court with anti-Constitutional, anti-gun nutcases, and they can’t do that while Trump is in office.

So, the question is, now that you know the truth, what are you going to do with this information?