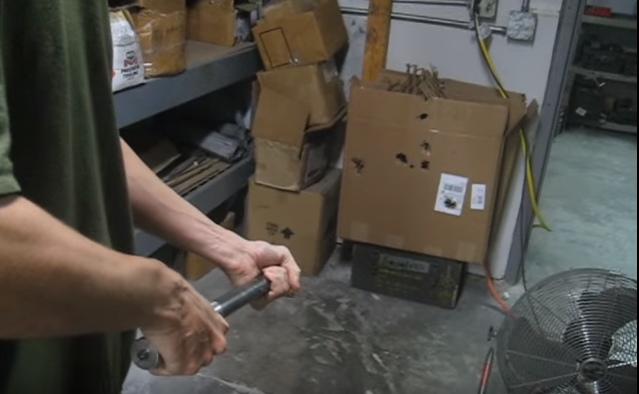 If the idea of “gun control” is to keep guns out of the hands of criminals, then it really is a stupid idea.

Because it quite simply doesn’t work.

I’ve written about this multiple times, but today I want to prove the point even further by showing you an amazing $7 Home-made $12-Gauge Shotgun.

As I’ve written before, most notably here with “Why It’s Impossible To Actually Ban Guns” and “Terrorists ALWAYS get around useless “gun control” laws” — gun control simply does not work.

In the first installment of this series, I wrote this:

Today, I have further proof of that point.

And he obviously knows what he’s doing here.

He also recently created — what is quite possibly — the simplest PISTOL in existence.

I would totally buy a kit if this guy sold these. He says “If you’re interested in plans or kits please email us at: sales@serbu.com”

In Short, The “Genie Is Out Of The Bottle” When It Comes To Firearms

As the author writes on the Firearm Blog, the genie is out of the bottle when it comes to building firearms:

“When the conversation turns to guns, my father is fond of saying “the genie is out of the bottle”. No matter what laws or regulations are in place, the technology to make firearms from readily available materials and simple processes is in-hand, and nothing short of total de-industrialization can turn that clock back. Examples of the unleashed genie abound; a recent trip to the National Firearms Museum had me beholding weapons made by Vietnamese Communists out of tubes and boards, with dubious firing mechanisms.”

And when 3d printing from your computer becomes even more wide-spread and cost-effective as the free market and moore’s law kicks in — watch out gun-hating politicians like Hillary Clinton! — EVERYONE will have a gun!