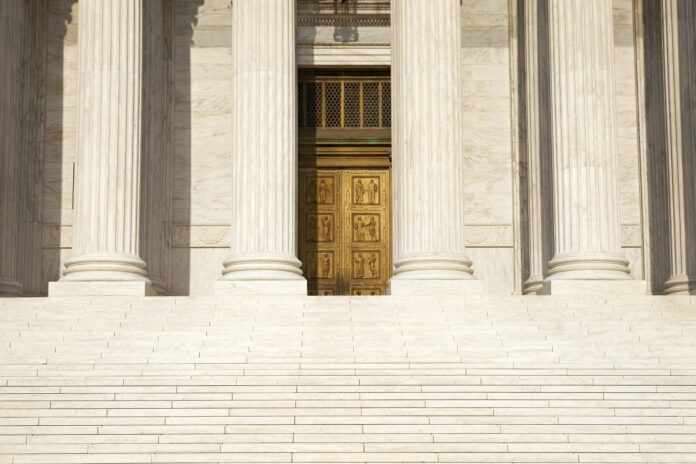 If you’ve been paying attention to the U.S. Supreme Court over the last few years, then you’ve likely been really disappointed in how the court, which, now, supposedly has a “conservative” majority, has been opting out of making a ruling on (what seems like) any case that might give a constitutionalist outcome.

Can’t let Americans have liberty, can they?

But the Supreme Court may have the chance to (at least partly) redeem themselves and their passive surrender to leftists lower court rulings. How? By taking up a concealed carry case from the State of New York.

Yes, the Supreme Court will finally have the chance to break leftist gun restrictions in one of the major gun control states. Jack Phillips writes,

The Supreme Court has decided to take up a major, National Rifle Association (NRA)-backed lawsuit that challenges a New York law restricting individuals from carrying concealed handguns in public.

It’s been more than 10 years since the Supreme Court weighed in on a significant case involving the Second Amendment, coming in the wake of President Joe Biden’s and top Democrats’ recent push for more gun-control initiatives, including bans on so-called ghost guns, proposing models for “red flag” laws, and expanding and lengthening background checks.

“The petition for a writ of certiorari is granted limited to the following question: Whether the State’s denial of petitioners’ applications for concealed-carry licenses for self-defense violated the Second Amendment,” reads a brief order […] from the high court on April 26.

Over the years, the NRA and other gun rights groups have criticized the Supreme Court for not taking up any major lawsuits relating to the Second Amendment. In 2008, the court stated for the first time that the Second Amendment protects Americans’ rights to keep and bear arms for self-defense at home.

While this case may not give the court the option to give a full on, nationwide ruling for constitutional carry (they should), it would at least give them the opportunity to prevent leftist states from making it more difficulty for Americans to exercise their Second Amendment rights.

Let’s hope that they do the right thing.