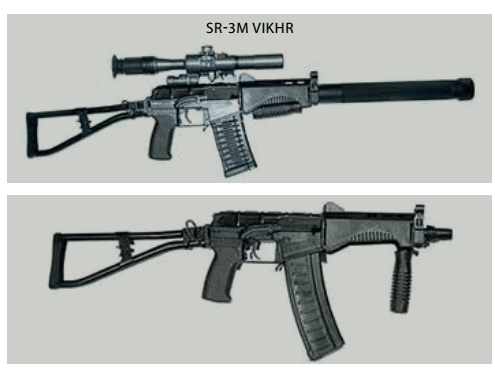 The government of Lithuania just released another manual to prep it’s citizens for a Russian invasion. No, this isn’t paranoia from watching the movie Red Dawn too many times, it’s for real. Lithuania has been invaded by the Reds before, they want to prepare every citizen to wage brutal resistance in the event of invasion.

Check this out, from CNN: (photos are screen shots from the manual)

[quote_box_center]It is the third time the Lithuanian government has distributed a handbook of this type to its citizens since the Russian annexation of Crimea.
The last one, published in December 2015, was entitled “Prepare to survive emergencies and war: a cheerful take on serious recommendations.”
It included cartoons of a family with a cat and noted that “while no country is immune to adversities of any nature” it is important not to panic if there is an emergency.
There is nothing cheerful about the latest edition, which details how Lithuanians should spy and inform on the enemy if Russia succeeds in occupying part of the country.
There are also detailed images of Russian-made tanks, grenades, mines and guns and instructions on how to recognize different types. Further instructions cover first aid and surviving in the wild.
There will be 30,000 copies available in schools and libraries and it will also be published online.[/quote_box_center]

Their is almost no way that a tiny nation like Lithuania could defend itself from Russia. It’s greatest deterrent is to convince the Russians that they will never accept occupation. They want Russia to think that occupation will look like Vietnam or Afghanistan not Crimea.
In the spirit of the Minutemen the good people of Poland are joining militias to deter Russian invasion and occupation.
From The Daily Caller:

The all-volunteer Rifleman’s Associations are responding to Russia’s build-up by providing military training to regular Polish citizens, not unlike the famous Minuteman militias did during the American Revolution. In effect, the associations are the Polish Minutemen.

Marta Adamczewska, a 20-year-old student joined one of the militias out of a shared sense of concern for her country. She is currently trying out for the elite Riflemen’s Special Forces group. Adamczewska and her fellow militia members spend their weekends engaging in full-scale military training, ranging from standard physical training to mock missions in dark underground tunnels.

“Three quarters of our society are worried about what Russia is doing in Crimea and Ukraine, it’s not just me,” Adamczewska told CNN.

The harder these guys train, the less likely it is that they will ever need to use their training. Putin knows he could easily take over either of these countries, but it would be tough to maintain civil control if everyday citizens fight to the death in resistance.
The traditional militia isn’t antiquated after all. It is currently serving as a strong deterrent to Russian expansionism and aggression.
Advertisement
Advertisement