Home Guns John Mosby: How To Call Your Shots (An Under-Appreciated Skill) 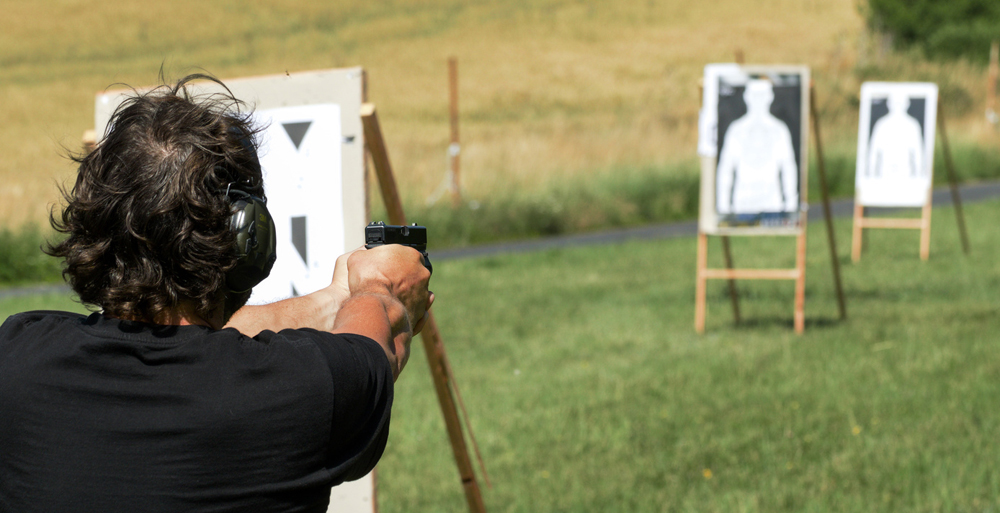 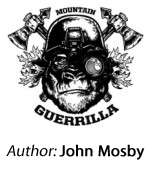 To new shooters, regardless of the sub-discipline of shooting they participate in, there can be a lot of novel concepts and techniques to learn, from proper trigger break and different methods of sight alignment and sight picture, to the vagaries of intermediate and terminal ballistics.

For the combative shooter, whether a dyed-in-wool .mil gunslinger, a cop, or an armed citizen, focused on defensive handgun and home defense carbine skills, the skills involved can be overwhelming. From the basic drawstroke of the sidearm and the proper presentation of the carbine or shotgun for close-quarters shooting, to recoil management, reloads, and malfunction clearances; then we can add ancillary task skills on as well… unarmed combatives to allow you to “fight to the gun,” etc…

One of the apparently more obscure skills in the contemporary shooting skills, outside of long-distance marksmanship, is one I try hard to emphasize in all of my shooting coursework, because of how critical I have found it to be, in the real world of shooting bad people, before they shoot me, or my friends.

That skill is the ability to “call your shots.” In any given class I teach, on average, somewhere south of half the students will have even heard of the concept. In turn, about half of those will actually have a clue what the skill actually entails. My experience has been that, outside of combat arms veterans of the Army and Marine Corps—and actually only a small percentage of those—very few shooters have any understanding of the practical applications of the ability to call your shots, besides the pure marksmanship theory approaches.

Calling your shot is simply the practice of accurately determining the expected point-of-impact of the shot you just fired, predicated on the relationship between your sight alignment and the target—your sight picture—at the moment you broke the shot. In other words, if you had a legitimate sight picture, at the moment your broke the shot (you know, like you SHOULD have…), and you know the zero of your weapon, and you understand the basic external/intermediate ballistics of the weapon-cartridge combination, then as soon as your break the shot, you should KNOW where the round is striking the target.

The reciprocal of course is that, if you call your shots accurately, then, when you do miss, you are also calling your misses, and this will help you fix whatever induced the miss. That is the skill of shot calling, in a nutshell, and a pretty solid reason, all by itself, from a purely marksmanship skills perspective. Beyond that, however, there is a really solid combative application to shot calling that is too often completely unknown and overlooked within the shooting community at large, and within the tactical shooting community specifically.

There are a couple of old proverbs of shooting that are particularly valid, within the context of this conversation. One of those is that we need to shoot the bad people as many times as necessary, to convince them to stop doing whatever bad thing convinced us to shoot them. As I explain it, “you need to continue shooting until you elicit the desired response.” In plain language, we need to forget the old school, “double tap and assess,” and just keep shooting the dude until he is no longer a threat—or, at a minimum, until he is no longer the most dangerous, immediate threat.

Another relevant proverb is that, “you can’t miss fast enough to win a fight.” That one, while true on the face of it, is really not an absolute Truth. If I get my shots close enough to keep your head down, even if I don’t hit you, while my buddy maneuvers around and closer, and he shoots you, then I missed, but I still won the fight, right? However, for all intents and purposes, it’s probably safer to assume that we’re going to be all by our lonesome, and thus, we probably need to focus more on perforating the bad guys than we do on “pinning them down.”

So, what does all of that have to do with “calling your shots?”

Presume, just for a moment, that you are somewhere, doing something, and someone has just placed you in a situation that you felt required you to respond with lethal force, using a firearm. So, you draw your Glock 17, SIG 226, or 1911A1, and you fire your first round. Or, dude is coming through your front door, with a tire iron in his hand, and bad face tattoos, and you snap your M4 carbine to your shoulder, and punch a round at him. Immediately after you fire, they drop.

Did you shoot them, and they dropped, because your shot was effective, and instantly disabling? Or, did you shoot at them and missed, but they dropped out of sight, because you almost shot them? Speaking from personal experience, when a round smokes past me, in a near miss, I somehow manage to move really fast for a middle-aged, crippled up has-been, and get really low, really fast!

In the first case, you could, generally speaking, start looking for other work. In the second case however, if you commence to looking for new work, you’re probably getting ready to get shot by a very upset bad person. That would be a reasonably negative outcome, in my mind.

Or, presume, just for a moment, that you’ve just shot at someone who was posing a legitimate lethal threat to yourself or someone you care about (wait, who am I fooling? I don’t care WHY you are shooting at them, honestly…just assume you took a shot at someone, for whatever reason tickles your fancy…). Immediately after you shoot at them, they don’t drop. Instead, they turn towards you and start advancing.

Did you miss? Or, did you hit them, but they were wearing body armor that protected them? (Contrary to popular mythology in the gun community, taking a round while wearing body armor doesn’t generally result in the victim being knocked down, let alone thrown backwards. Often, the recipient doesn’t even miss a step. Physics sucks.) In that case, it might be prudent to know, sooner, rather than later, that you need to adjust your point-of-aim, to shooting him in the hips or the head, instead of wasting your limited, precious time (the rest of your life, so to speak) putting more, ineffective rounds into his chest, where they aren’t doing any good.

Did you miss? Or, did you hit him, and he’s just tough enough that, even catching a round in the center of the chest, he’s now very, very, very angry, and he is now coming to take your gun from you and beat you to death with it? In that case, while two or three or five more rounds to the same spot would probably put him on the ground and anchor him, shooting him in the hips/groin or head might accelerate the termination of hostilities even faster.

Or, did you just miss, and need to modify what you are doing? How can you, in the heat of the moment, know with certainty, which of the above is the appropriate response to these situations?

Simple answer, folks: have confidence in your ability to call your shot, accurately, effectively, and correctly, every single time you break a shot.

I spend a lot of time, in my personal training, in my writing, and in my teaching, focusing on receiving and analyzing the available data in the battlespace, to make solid, contextually correct decisions, under stress. If I call my shots correctly, every single time that I break a shot, with every single firearm that I shoot, then, even under the stress of a gunfight, I’ve hardwired that part of my brain to function outside of that terror or excitement, and tell me, “Hey, knucklehead! You pushed that shot low and left! Of course he’s not stopping; you missed! Quit ‘glocking’ the trigger!”

At the same time, it may be screaming at me, “Dude! You just smoked that guy right through the breadbox, but he isn’t stopping! You need to change your plan! Shoot him in the hips! Everybody stops when you shoot them in the pecker!”

This ability to call your shots is what will give you the absolute, legitimate confidence in the point-of-impact of your shots that allows you to accurately assess the available data from the environment, and come to correct conclusions about what you should be doing next. If you lack that ability—and the legitimate confidence that results from it—what almost invariably ends up happening is one of two things:

In either case, you end up with a negative outcome, that could have been avoided with more focus on proper shooting skills and marksmanship fundamentals. There are no advanced gunfights. There are just gunfighters with an advanced mastery of the basic skills.

Shot calling is one of those undervalued, often unknown, or—at best—misunderstood, skills that make up the meta-skill of shooting that we really need to condition ourselves to emphasize more often in our training and practice. Start today. It will make you more dangerous.

If you don’t know what calling your shot is, or how to do it? Go take a shooting course. If that training course doesn’t cover it, go find a course with an instructor that actually knows what he is talking about.