Home News Robbers Try To Steal From Gun Safe, Then This Happens 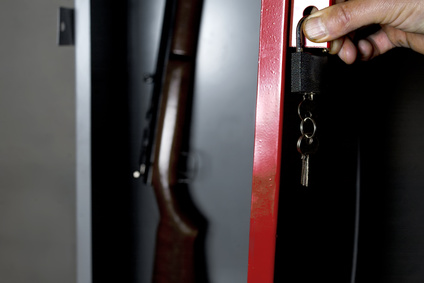 As a responsible gun owner, you hope that you never have to use your weapon to defend yourself, but you also know that the sad reality of our world is that you just may find yourself in the situation where you have to fire on someone to protect yourself or someone that you love.

A homeowner in the East San Francisco Bay area of Brentwood, California, found himself having to use this last resort to protect himself from robbers who wanted what was inside his gun safe. Unfortunately for them, that’s exactly what they got. Chase Stephens writes,

[Neighbor Reggie] Nichols went outside to see what was happening. “I could see the guy lying in the street, so then I came back and got my flashlight and got my phone, ran over there. He was still alive but he wasn’t doing good,” Nichols said.

The homeowner came out and explained to Nichols that four men tried to break into his house about 11:40 p.m. and steal a safe.

“They made him open the safe. After he opened the safe, I guess they weren’t ready for him,” Nichols remarked, adding that his friend “came out blasting.”

I think he had the right to do what he did. Like I said, I’ve seen him. He was really shook up. I don’t think he wanted to do it but he felt like his life was in danger.

Fortunately, no charges have been filed against the homeowner as his actions appear to be legitimate self-defense.

It’s also good to remember that it’s exactly these kind of high-stress situations that we need to train for so that if we find ourselves in this kind of awful situation, we can take the effective action needed to save innocent lives.