Home Guns The Hypocrisy of This Chicago Anti-Gunner Is Infuriating 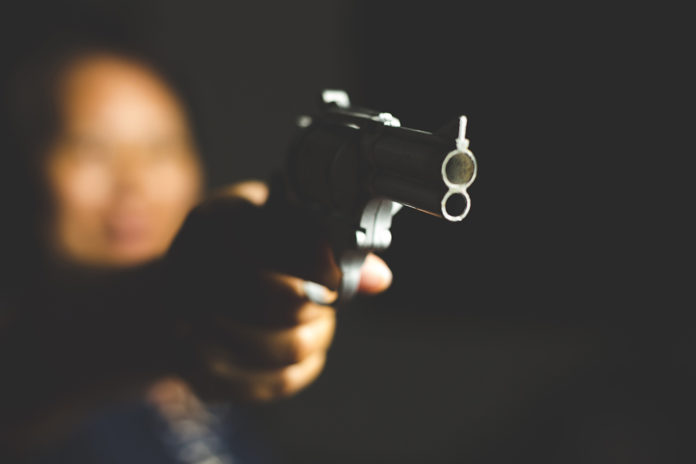 I despise hypocrisy. It doesn’t matter where I see it; it just sickens me. But, when it comes to something so especially vital to the safety of regular, everyday people like you and me, hypocrisy becomes infuriating.

Now, you’ve probably seen the hypocrisy of political leaders who advocate for gun control and gun bans for everyone but their personal bodyguards and security forces. Anyone with any logical consistency can see that issue, but you probably haven’t heard the story of Chicago anti-gun activist Camiella Williams. NPR interviewed Williams recently about her activism, and she said that she came to the position of banning guns because she has seen so much violence and death near her caused by guns.

My heart goes out to her for the horrible things that she has seen and had to deal with, but I think that your sympathy for her will disappear when you see how she reacted. Tom Knighton writes,

First, let’s be clear here. Williams supposedly bought her first gun at 12. That means she broke the law by purchasing that gun. It also means she, better than anyone, should understand that gun laws will not stop people from getting guns. After all, if a 12-year-old can buy a gun, it shouldn’t be too hard for anyone else to pick one up on the black market.

Further, she still has a gun while acting as a crusader against gun rights. That makes her a hypocrite.

Of course, she addresses that. When asked about the inconsistency in her position, she responds, “The people that will probably say that live in safe communities, never experienced the losses that I’ve experienced.”

Yes, you read that correctly: Williams calls for the banning of guns while she has illegally owned one and still owns one. Her position seems to imply that banning all guns will mean that she will still be able to carry for her protection. But this is simply a case of do-as-I-say-and-not-as-I-do.

Where I live, we call that being a hypocrite.

Williams carries because it’s the best thing that she can do to provide safety for herself and her family, but she wants to deny that right to everyone else. I have no stomach for that kind of nonsense.

On the other hand, if Williams were honest, she could do something else to decrease gun violence. Knighton proposes that “[m]aybe she can actually work to combat the real causes of violence rather than disarming the law-abiding. You know, the people who don’t buy guns at the age of 12.” If she were doing that, maybe honest people would support her, too.