Home Guns Check This Out: An AR Designed By Women For Women 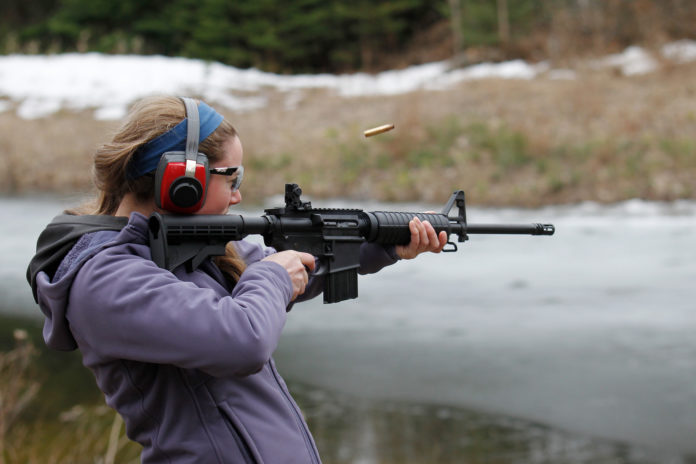 Many people in America still think of guns as toys (or weapons) for males, as if women aren’t passionate about shooting, hunting, and self-protection. But it’s a fair criticism to say that gun design has primarily been a male-dominated activity, and, therefore, guns are more often designed for male shooters.

Because of this, some weapons are “less friendly” to use by women than some women would like. But this is changing.

LWRCI decided that they wanted input from women about how to redesign a firearm that many shooters love so that women can have full enjoyment of that weapon as well. Thus, they created the DI-ADEM.

Now, being an AR, this weapon has many details that won’t surprise you, though, obviously some details did surprise the designers. For example, in their research, the designers were surprised to find that women didn’t want a colorful weapon. In fact, the only bit of color on the weapon is the trigger, which is purple. The rest of the gun is black.

“The balance is remarkable … I can tell you that it almost becomes weightless because it’s balanced so well. And the handguard has been designed for a woman’s hand, so that our hands can really wrap the guard and control the gun,” she said.

Just those two factors, balance and designed to fit a woman’s smaller hand, are huge and, in retrospect, obvious design features that gun manufacturers should have considered when designing weapons to appeal to and be used by women. If you have to wrestle with the weapon for good aim or to comfortably squeeze the trigger, how practical will the weapon be for you to use?

So, if the women in your life have mentioned that, yes, they would like to get their hands on an AR, you may want to point them to this gun (See TWAW’s DI-ADEM page here). It may be just what they’re looking for.