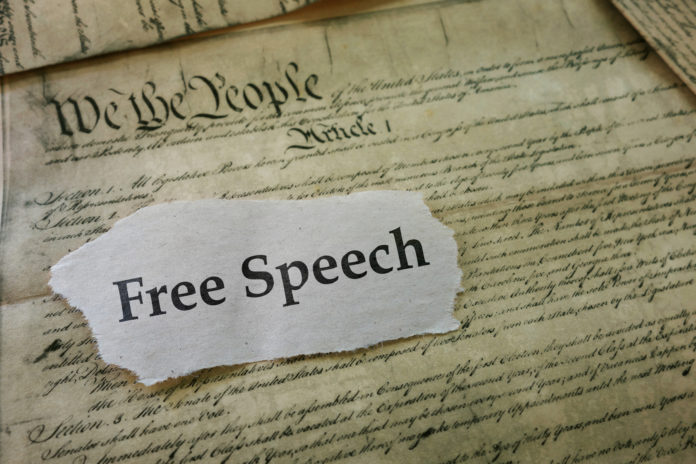 With so many news stories in the mainstream media frothing at the mouth in support of ignorant teenagers calling for gun bans without having a clue what that really will mean for all of us, it’s nice to read a story occasionally in which a kid gets the truth about rights and about guns.

Matthew and his parents were told before spring break that he could no longer come to school wearing a T-shirt portraying guns, bombs or grenades. When he went to school Friday with a gun T-shirt on, he was sent directly to the principal’s office.

“It was his choice, whether he wears it or not. He decided ‘I’m gonna wear this. It’s my right.’ When I heard about it, I was a little upset of course, and said we got to get down there and see what’s going on,” said Matthew’s father, Brian Schoenecker.

They found Matthew had been moved to a small office known as the cubicle because he refused to cover his shirt.

“It says LOVE on his shirt. Another one (says), ‘Celebrate diversity.’ There’s nothing in there saying he’s promoting violence whatsoever, which is what the principal said was the issue, that he was promoting violence at school,” said Matthew’s mother, Pam Schoenecker.

Now, maybe we should give the principle the benefit of the doubt. I mean, who doesn’t want to keep kids safe, right? Except that gun t-shirts don’t do anything to incite violence except from people who have violent tendencies against people who support gun ownership.

In other words, the anti-gunners are the violent ones when it comes to freedom of speech, not those of use who support Second Amendment rights.

This teenager has every right to wear whatever gun t-shirt that he wants to wear. To single this kid out instead of every kid who wears a band t-shirt (because we know that so much music today promotes violence) is simple hypocrisy. If there is any justice in the court system, Schoenecker will win this case easily.

Will Liberals Try To Ban Guns In Checked Baggage?