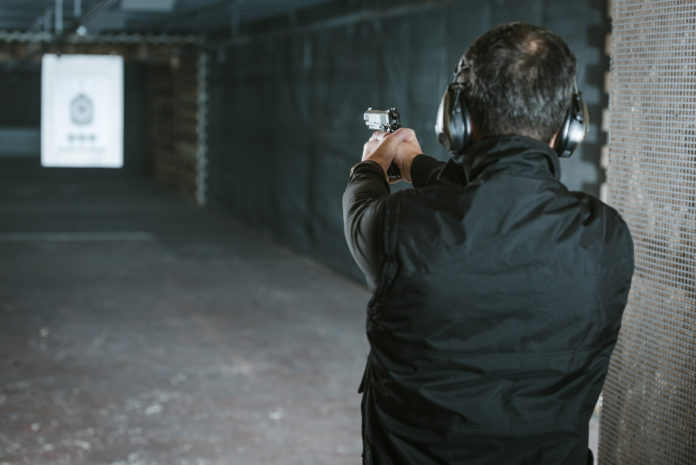 Most human beings have a particular hand which they tend to favor for activities. Most people tend to be right-handed, meaning that they tend to write and eat and hammer nails using their right hand. Obviously, left-handed people do those activities primarily with their left hand. Ambidextrous people can do the same with either hand, or they may alternate between hands for different activities.

So, as a gun enthusiast, it’s likely that you tend to shoot primarily with your dominant hand. So, in my case, as a person who is right-handed, I tend to hold my pistol with my right hand with my left hand for support and stabilizing the shot.

But, as a writer going by Adam C writes, you may want to spend time getting at least relatively competent shooting with your non-dominant hand (since I’m right-handed, that would be shooting with my left hand controlling the pistol and pulling the trigger). Why? Adam C writes,

Of course, like anything that you do with your non-dominant hand, practicing this type of shooting is going to be uncomfortable. It will feel unnatural. It will probably feel “wrong.” Adam C also points out that:

The angle over the sights might even be different depending on how you normally hold the gun in your dominant hand.

Still, for the reasons noted above, getting competent shooting with your non-dominant hand could very well be the key to you surviving a difficult situation when you’re under fire. We hope that you never have to go through that situation, but better to be prepared than to be injured and killed because you weren’t.