Home News When You Throw Good Money After Bad 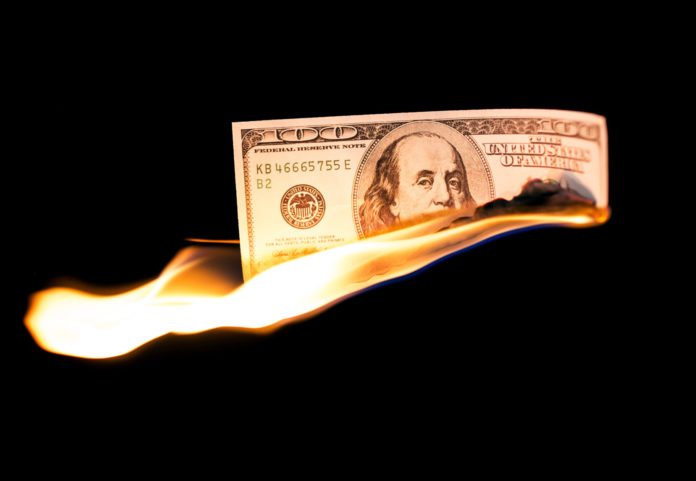 There is an old saying that you may have heard before: “Throwing good money after bad.” In case you’re not familiar with it, what this refers to is the idea that people have that, if you have a bad idea, you can throw enough extra money at that idea that it can magically turn into a good idea, but it doesn’t work. Thus, it’s throwing good money (money that could have been used well) after bad money (money already wasted). In essence, it’s a way of saying that spending more money in that way would simply be a waste of money.

Unfortunately, in Michigan, we have exactly that situation in a school system’s efforts to reduce the potential number of deaths if a school shooting were to occur. The Glen Lakes Community School system started off with a good idea that might actually make a difference. What they are doing is installing a security system with has a switch similar to a fire alarm in every room. Pulling this switch would immediately call law enforcement. That’s a start, and I’ve definitely heard worse proposals.

However, after that is when things go towards the ridiculous. Mara Thompson gives us the details:

But Mead says a lot of times people don’t recognize the sound of gunshots right away, so even if no one pulls the alarm, they installed gunshot sensors that work like a smoke detector.

“So in common areas if heaven forbid someone fires a gun, that decision is no longer a human decision,” said Mead. “The sensor will make that decision and notify the authorities and put the school into lock down.”

On the surface, that may sound like a good idea, too, but the problem is that these sensors simply may not do the job needed. In fact, one recent court case found a forensic analyst for a company that manufactures gunshot sensors testifying that “Our guarantee [of 80% accuracy for our gunshot sensors] was put together by our sales and marketing department, not our engineers.” In other words, it’s a marketing ploy.

Unfortunately, for anti-gunners, at this time, the only solution or deterrent for school shootings that actually works involves a responsible, law-abiding citizen carrying on site. For anything else, such as gunshot sensors, they would be better served to remind themselves to “Don’t believe the hype.”

Gun Control FAIL: See The Pathetic Results Of This Effort