Home News Mom Living In Gun Control Zone Was Lucky To Be Able To... 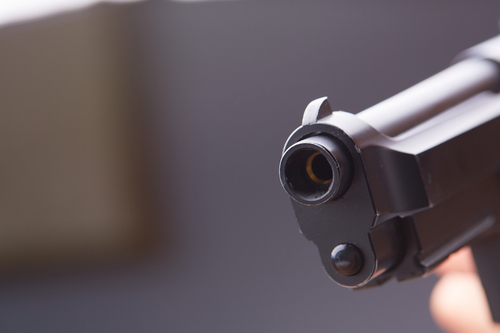 Gun control advocates (like the entire government in the State of California) have this bizarre idea that there are simply no defensive uses for guns. In fact, they are so opposed to the idea of people using firearms to defend themselves that California Governor Jerry Brown just signed into law a measure that forces law abiding citizens to pass a background check just to buy ammunition.

Fortunately, for one family, a mother in California was able to purchase a firearm under those Draconian gun control measures and was able to use it to protect her family. Matt Agorist writes,

Earlier this month, [brittany] Morse’s 7-year-old daughter told her mom that she thought someone was in her home. Morse immediately went into fight or flight mode and decided to fight.

“She opened the door, she sees him there, and slams it shut, screaming, running back to me,” Morse told KGET.

Morse then corralled her children into a locked room where they would be safe and grabbed her gun and her phone.

While on the phone with police, Morse unlocked her pistol and loaded the magazine of the gun she had just purchased only two weeks prior.

She then confronted the robber, who she said had a knife on him, and held him at gunpoint.

“I told the dispatch, ‘I believe he has a knife on him.’ And I told him, ‘You come near me, you take one step toward me, I will shoot you,’” she said.

This man was clearly not concerned with the fact that there were people in the home as he had broken in at 6:30 in the morning.

“If he would’ve come in the house while me and my children were awake, I don’t know what he would’ve done,” Morse said. “But I wasn’t going to sit there and find out.”

The man had taken her laptop, her paycheck, and some food according Morse.

Luckily for the man, Morse wished to preserve life, so she used only the amount of force necessary to protect her children and did not open fire on him, even though she would have been justified in it.

Imagine what could have happened in this situation if Morse had not had that pistol (and ammunition) on hand and if she had not known how to use it.

It’s true stories like this one that fly directly in the face of anti-gunners’ contention that guns are only for committing crimes. Just remember this story and others like it when your anti-gunner friends try to convince you that gun control is necessary for safety because, if Morse had not had that gun, she and her family might be dead today.