Home Guns Can Anyone Explain Why This Government Agency Needs Guns? 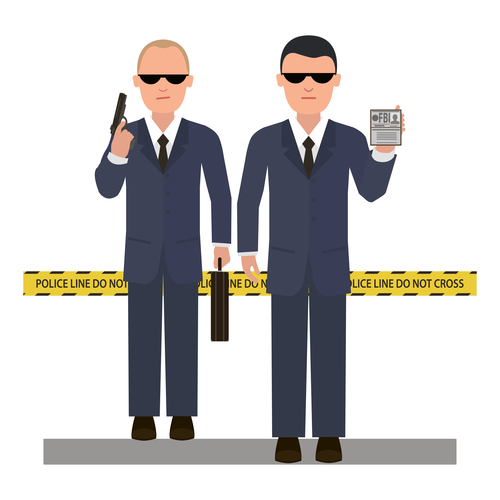 But there are a few government agencies which carry firearms, and you have to wonder why. One particularly bizarre example is the Food & Drug Administration (FDA). Vicki Batts gives us details:

A recent report led by the Government Accountability Office (GAO) has revealed that government groups like the IRS and the FDA are armed to teeth. All told, 20 federal agencies managed to spend at least $1.5 billion on munitions in just seven years. Now, many are wondering what the federal government plans on using all this artillery for — or perhaps more correctly, who they plan on using their weapons against.

Despite claims that these organizations exist to serve the people of the United States, the excessive armament of federal agencies is further proof that the administrative arm of the central government is growing too big for its britches. There are plenty of other red flags surrounding the continuously expanding power of federal agencies. Most notably, the “fourth branch” of government has been designed to operate outside the confines of the Constitution.

So, in addition to being heavily armed, federal agencies like the FDA have no one to answer to and no one to balance their assumed power. What could go wrong?

As the new report by GAO shows, the FDA is currently in possession of 390 pistols, 122 shotguns and roughly 200,000 rounds of ammunition.

That’s a lot of munitions for an agency that’s tasked with regulating food and drugs. As the FDA’s website explains, the agency’s primary mission is to ensure product safety, whether it be food, drugs, cosmetics or other products that fall under their umbrella. The agency is also responsible for their roles in promoting public health and safety.

Perhaps a bulletproof vest might be necessary if you plan on taking down a dirty olive oil kingpin or something — but even at that, there are questions as to if the FDA and similar agencies should even have the authority to arrest people themselves. Some pro-liberty experts have posited that regulatory agencies and the like shouldn’t even be performing their own arrests — especially if that kind of firepower is necessary.

Now, Batts and I can’t be the only people who see this as strange and worthy of concern. In fact, it’s downright scary. I mean, if FDA employees were simply carrying a firearm for personal protection, it would be a non-issue to me, but, with the purchase of these firearms and ammunition by the FDA, it sounds like the FDA is expecting to need this to enforce their rules.

Which, if you think about it, is a scary form of tyranny that none of us should have to live under. Maybe it’s time to contact our representatives in Congress and have them get the FDA out of the law enforcement business and into the business of actually efficiently using taxpayer money to help us.