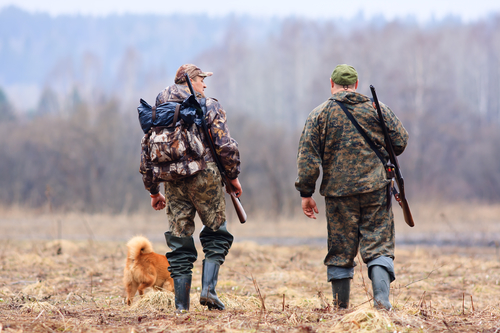 Sometimes you wonder how governments are able to get anything done when there are so many backward ideas and complete disconnection from reality in Congress and other places. And that’s not to even mention when governments are working directly against themselves.

Take a recent situation which has come up in California (no surprise, there). It seems that the state of California, in all its wisdom, wants to ban guns. You already knew about that part. What you may not know, however, is that California also wants more hunters.

Shine up your rifle and break out the camo: The state of California is encouraging its eco-minded residents to get outside and start shooting.

The California Department of Fish and Wildlife announced Thursday a new effort to recruit hunters and anglers throughout the state. Fish and Wildlife said in a statement it is partnering with other state and federal agencies as well as recreational communities to “address barriers and opportunities to hunting and fishing in the state.”

“The fishing and hunting opportunities in this state are unparalleled, they belong to all Californians and should be utilized by all of us. This effort is to make sure Californians know that,” Fish and Wildlife Director Charlton H. Bonham said in the statement.

The agency formed a task force, hired a full-time coordinator and research scientist, and created an action plan to address “barriers” to fishing and hunting, including access and opportunity challenges, public perception, and license structure and pricing.

Still, it’s nice to see that someone in California understands how important hunters are to conservation efforts. If only the rest of that state’s government got a clue about guns.