Home Guns School Shootings Only Happen In America? Then Explain This 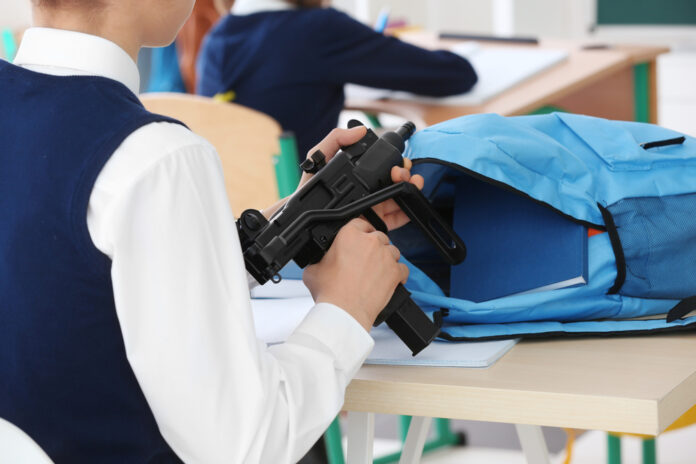 One of the most common lines that we keep hearing from anti-gunners’ narratives is that mass school shooting only happen in America. They say that this is the case and that it happens because America has so many guns and so many people who love guns. Of course, along with that is the implication that gun owners are secretly looking for an excuse to blow someone away like characters in a gangster movie.

And it’s simply not true. Gun owners aren’t looking to commit violence. They just recognize that violence may come, and they want to be prepared to save their own life and the lives of others if that violence comes at them.

At least nine people were killed after an attack using a semi-automatic shotgun in the city of Kazan on Monday. Children—who have become accustomed to deadly ‘Columbiner’ rampages across Russia over the last ten years—were so terrified that they leaped from classroom windows to escape the shooting.

Horrifying video circulating on social media shows students plummeting from third-floor windows. Local outlets reported that at least two students died from the fall. At least seven students and two school staffers were killed in total. The suspect, identified as Ilnaz Galyaviyev, 19, was arrested at the scene.

The alleged shooter posted a selfie on Telegram before the massacre, posing in front of a mirror wearing a blood-red face mask and an armored vest with pockets loaded and zipped. On May 6, he posted, “I will kill a huge number of biological garbage.” It is not yet clear if the attacker’s social media profiles were linked to the dystopian online world of Russian Columbine school shooting fans known as Columbiners.

Wait, let me get this straight: There has been an “outbreak” of school shootings in Russia? This has been going on for ten years? But I thought that was just an American thing, and why haven’t I heard about this? Explain that one to me, anti-gunners.

Oh, it’s because those Russian kids someone became fans of the Columbine shooters? And how did they know about the details of that shooting anyway? Oh, yeah, because it was covered ad nauseum by the anti-gun mainstream media.

So, the media is to blame for these shootings? I’m not going to say that anyone other than the shooter is responsible for pulling the trigger, but the mainstream media needs to put on their big boy pants and own up to their part in making school shootings attractive to disaffected youth in other parts of the world.

Don’t blame gun owners for what a few nutcases do, and stop pretending that violence is an American problem. The truth matters, and the anti-gun narrative hasn’t ever been true.