Home Guns Try Not To Cringe When You See The Result Of This Company’s... 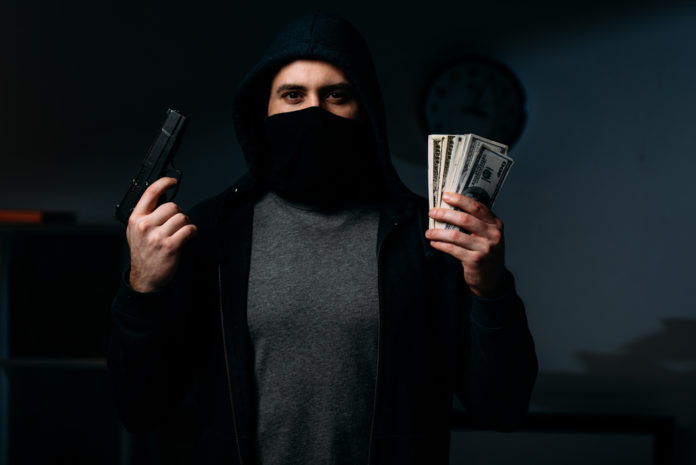 Gun bans, like all gun control efforts, simply fail to do anything to protect the safety of everyday citizens. It doesn’t matter if that gun control is implemented by a government or by a company looking for a (faulty) way of keeping people safe or looking to be politically correct.

Still, some companies deny the reality of the situation and make their businesses “gun free zones.” Or so they’d like to think. Because the reality is that criminals only pay attention to gun free zone signs so they know the easy places to commit crimes. A Buffalo Wild Wings restaurant in Colorado Springs, Colorado found this out the hard way. A writer going by DirkDEagler writes,

A Buffalo Wild Wings in Colorado Springs got a chance to illustrate just how well a company policy banning firearms works on Monday. Hint: They don’t. Two Armed men entered the premises that was clearly marked as a gun free zone and as a result one person was injured. If these companies are going to continue to take away peoples right to defend themselves it would not surprise us if people start holding these companies accountable for putting them at risk of serious injury and bodily harm or death.

According to KKTV11 Customers at a Colorado Springs Buffalo Wild Wings recounted the tense moments at least two armed men held up the restaurant Monday night.

“Well first, I just saw a couple run behind the wall and I thought maybe they were hiding from a friend as a joke or something, but then I saw the girl’s eyes and they just looked terrified,” said witness Hannah Swenson.

The Buffalo Wild Wings on North Academy near Woodmen was still bustling when masked robbers sauntered in carrying firearms around 10:20 p.m. Police said at least 20-25 people were inside.

Fortunately, it doesn’t appear that anyone was seriously injured in the situation, though one person sustained injuries from being pistol whipped.

The really frustrating part about this whole situation is that it could have been completely shut down and avoided if one person on site other than the criminals had a firearm and training on how to use it.

Criminals bring guns because they scare people or because they have murderous intent. As this was a robbery, they were probably looking for the scare factor. One person on site pointing a gun at them would have likely sent them running.

As for the people with murderous intent, sadly, the only thing that stops them is someone willing to shoot them to keep them from killing more people. Either way, a good guy with a gun is the best solution for how to minimize or prevent criminal gun violence. Hopefully, Buffalo Wild Wings will learn that lesson from this situation.

See Which 57 Republicans Jumped Ship To STEAL Your 2A Rights