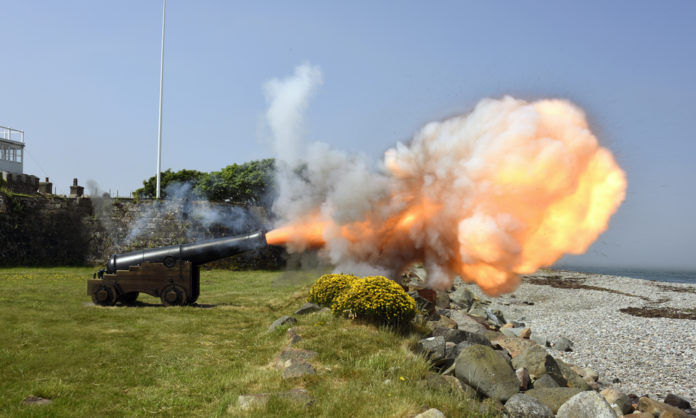 After watching anti-gunners spout off ridiculous suggestions as methods to reduce gun violence, it’s easy to think that you’ve finally heard it all and that it’s just a matter of getting it through those people’s thick heads why gun control never improves the situation.

But, then, something surprises you.

Take a recent opinion piece written by Juliette Kayyem, an assistant secretary of homeland security during the Obama administration. On June 1, 2019, Kayyem wrote,

What saves lives? The sound of gunfire.

The Virginia Beach shooting on Friday, when an employee of the city government killed 12 people — 11 of whom were his co-workers — is notable only for its familiarity. Another mass shooting. In fact, it was the worst mass-casualty event anyone can remember since … November 2018, at the Borderline Bar and Grill in Thousand Oaks, Calif.

But details of the rampage include one fact unique to the growing list of active-shooter cases: the assailant used a .45-caliber handgun with extended magazines and a barrel suppressor. This small detail — that the loaded gun was fitted with simple, and lawful, “silencing” equipment — threatens to upend how we understand and train for active-shooter cases in the future.

Kayyem goes on to say other things which simply aren’t true such as implying that semiautomatic firearms are multi-shot weapons (for those of you who are unfamiliar with types of firearms, they aren’t the same. Semiautomatic weapons only fire One. Shot. At. A. Time.).

But the most glaring issue with Kayyems op-ed piece is what she doesn’t talk about which really would have saved lives: the 2019 Virginia Beach shooting took place in gun free zones (we addressed that issue here).

So, by claiming that the real way to prevent gun violence deaths is by having louder guns (or banning silencers), which ignores the surprise shootings like drive-by shootings, etc., Kayyem is completely ignoring reality, and that reality is that law-abiding gun owners with their firearms on them (and can, thus, shoot back) are what stop mass shootings. We’ve seen it over and over and over again.

The good guy with a gun is the solution to gun violence.

Can it completely stop gun violence? No. Nothing can because you simply cannot predict when a person with evil intent will use that intent and ingenuity to get a gun and kill someone, but a good guy with a gun can make sure that the evil person doesn’t get to take a second shot and kill someone else.

That’s the reality, and I’ll take it over anti-gunners’ illusion of safety that leaves us all as sitting ducks in a country-wide gun free zone.

Fine Print REVEALS How Folks In 1 State Can Get Around...

Biden Says Police Should NOT Do 1 Thing. What Does That...