Home Guns It Didn’t Work In These Peaceful Countries. Why Do They Think Gun... 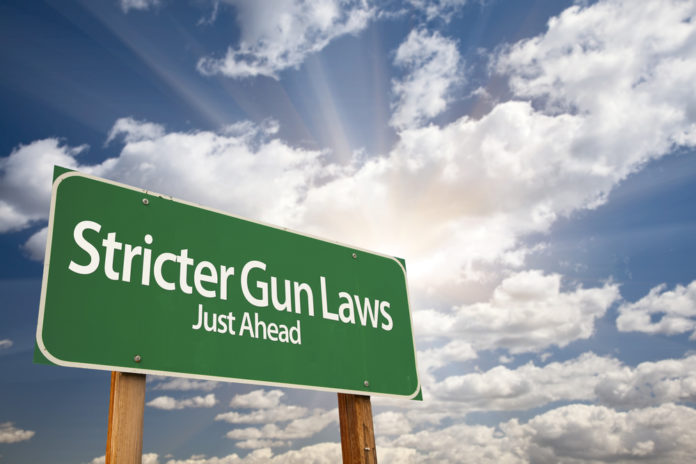 There is an old saying that those who don’t know history are doomed to repeat it. In case you’re not familiar with this saying, the basic idea is that history teaches us about human nature, about how people really are and really respond instead of how we wish they were.

If you think about it, studying history is vitally important because it can help you understand what simply will not work in the real world because human nature doesn’t change. This means, if you keep trying the same thing, then people will keep responding the same way, thus repeating history again and again and again.

With this in mind, you have to come to the conclusion that anti-gunners do not study history. Because, if they had studied history, they would know that gun control simply doesn’t work.

Figures released to Newstalk ZB by the New Zealand Police showed that, as of Sunday night, only 530 guns had been handed in since the ban on semi-automatic guns was finalised in early April.

There are around 250,000 licenced firearm holders in New Zealand and it’s estimated as many as 300,000 guns could now be illegal.

These statistics show that less than 1% of the firearms which the government is trying to confiscate in New Zealand have been successfully confiscated. Keep in mind that, with the exception of the horrific mass shooting in March 2019 carried out by a non-New Zealander, New Zealand is a peaceful country without a history of mass shootings. That being the case, how, exactly, is confiscating the guns of peaceful New Zealanders going to prevent another tragedy like that shooting?

But, in the minds of anti-gunners, rationality and an understanding of human nature don’t appear to be necessary. And, so, you have other situations such as in the gun control paradise of Australia (which, coincidentally, is where the New Zealand shooter was from). On June 4, 2019, another shooting took place. AAP gives us the sad details:

An alleged gunman who went on a rampage killing four men and injuring a woman while looking for a man named “Alex” on Tuesday night was released from jail only a month ago.

Darwin man Ben Hoffmann, 45, received a 14-day sentence for breaching his curfew after he had been paroled in January after serving four years in prison for bashing a man with a baseball bat.

Think about that. In the U.S., this guy wouldn’t have been able to legally get a gun. With even stricter gun control laws in Australia, I would expect that this is the same legal situation there, too. In fact, the AAP piece says, “Police had the serial number of a prohibited pump-action 12-gauge shotgun used in the shootings that might have been stolen, Mr Kershaw said.”

Oh, and the guy was wearing a parolee ankle bracelet, too. Lot of good that did to protect people.

Chalk this up to another gun control failure.

But, hey, maybe gun control will fix the violence problem here. After all, real gun control hasn’t been tried here, has it? Well, except in Baltimore, Chicago, and California.

Failure after failure after historical failure. Gun control never works to prevent people who wish to do evil from doing evil. It doesn’t even prevent them from getting guns. All gun control does is make the law-abiding population more vulnerable to criminals and to government control. That is simply not acceptable.