Home Gear Anti-Gunners Take Aim At Silencers, But Will It Make Any Difference In... 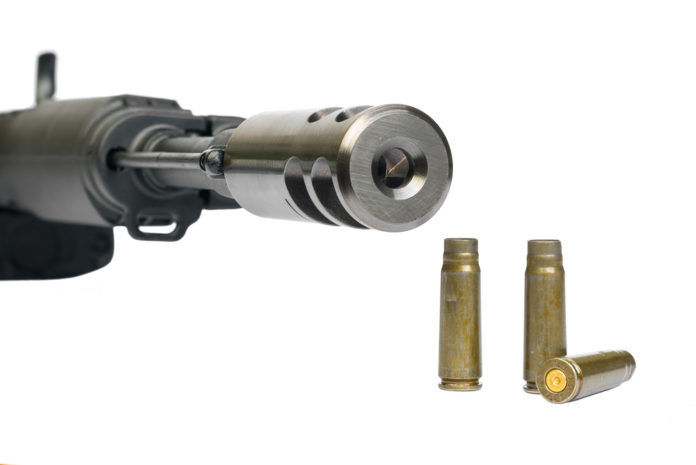 We can all agree that gun violence is a horrible thing and that we would all like to live in a world in which people treat each other with respect and decency, much less not shooting or otherwise physically assaulting each other.

Sadly, though, we don’t live in a world like that. We live in a world in which most people are decent to their fellow human beings, but there are a few outliers who seem bent on inflicting harm on others.

Because of this, anti-gunners are grabbing on to anything they can to limit the availability and perceived danger of firearms. I say “perceived” because some of the proposals won’t make much, if any, difference to gun violence.

Take, for example, the newfound passion to ban suppressors (or, if you’re not familiar with guns, like most anti-gunners, maybe you call them silencers). Anti-gunners, who have watched too many movies, believe that suppressors make guns silent, as if the sound from a shot fired is nothing more than a breath on the wind.

But that’s just not the case.

John R. Lott says that banning silencers wouldn’t have prevented the Virginia Beach shooter from killing as many people as he did. Why? Because guns with “silencers” are nearly as loud as guns without suppressors. Lott writes,

The .45 caliber handgun used in the Virginia Beach attack creates sounds that measure at 158 decibels. The average suppressor reduces the sound by around 30 decibels. But 128 decibels is still very high – virtually the same as peak crowd noise in a stadium. If you use a suppressor in conjunction with earmuffs, you can get the sound down to about 100 decibels, which is about as loud as an average motorcycle.

The common 9mm Glock is even louder, at about 162 decibels.

But just a couple of years ago, Robyn Thomas, executive director of the Giffords Center to Prevent Gun Violence, argued against the health benefits of suppressors. “Silencers do not protect your hearing,” she said.

No one seems to be asking why the Virginia Beach killer used a suppressor. But anyone who has fired a gun at both outdoor and indoor firing ranges will understand the reason. When you are inside a building, the echoes from firing a gun make the sound even more deafening.

The shooter’s use of a suppressor had nothing to do with hiding his shots from others. Indeed, the police were able to find the killer from following the sound of his shots.

The suppressor is just one example of how far the killer went in carefully planning his attack. It can hardly be a coincidence that the attack occurred in a public building where everyone was a public employee and therefore prohibited from carrying a permitted concealed handgun. Unlike all of his law-abiding colleagues, the killer didn’t obey the ban.

By using his employee keycard to access employee-only locations, the shooter gained time to kill more people. He may have correctly guessed that the police would have trouble bypassing the locks to employee-only areas.

So, once again we have anti-gunners jumping to conclusions which have no basis in reality. The Virginia Beach shooter didn’t use a suppressor to prevent people from knowing where he was so that he could kill more people. He simply was trying to prevent being deafened from the shooting.

Yet, anti-gunners focus on irrelevant issues instead of addressing the root problem. They focus on secondary factors instead of focusing on what allows active shooters to kill more people.

In case you haven’t guessed from what Lott wrote above, the answer to reducing gun violence deaths isn’t banning suppressors. But getting rid of gun-free zones would actually give more people a fighting chance against active shooters who, in case you hadn’t noticed, tend to choose gun-free zones for their location of choice for public murder sprees.

Let’s keep pushing anti-gunners to focus on the stuff that matters instead of suppressors and other things which won’t make a difference.