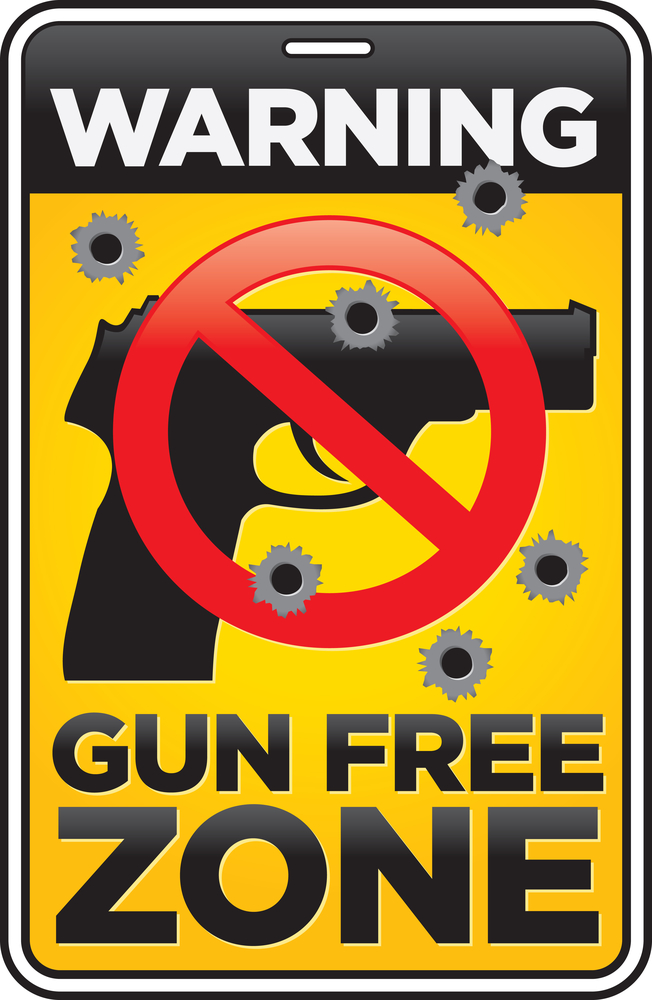 I’m not inclined to think that most people who support the idea of gun-free zones have anything but good intentions when it comes to them promoting that idea. Those people have the belief that by labeling an area as an area which guns are not allowed, this will make the area safer, and, after all, we can agree with anti-gunners that we want a safer world.

The problem is that believing that gun-free zones will be safer is the same kind of belief that thinks that if you can get to the end of a rainbow, you can collect a pot of gold from a leprechaun. It’s a nice thought, but it’s just not the way that reality works.

Don’t believe that this is the way that the world works? Well, here’s a real-world example of this playing out. And, sadly, the law-abiding gun owner was one of the people who paid the price of following a stupid law put into place by an anti-gunner living in fairy land (hat tip to here for the lead). Katherine Hafner writes,

Kate Nixon had considered taking a gun to work on May 31, the day a co-worker killed her and 11 others in the country’s deadliest mass shooting this year, a family attorney said on a radio show Monday.

The public utilities engineer was concerned about DeWayne Craddock “as well as one other person,” said Kevin Martingayle, an attorney working with Nixon’s family. So on the night of May 30, Nixon had discussed with her husband, Jason, “whether or not she should take a pistol and hide it in her handbag,” Martingayle said. She decided against it because of a city policy that prevents employees from bringing weapons to work.

The next day, Craddock, who had worked as a city public utilities engineer for nine years, used a .45-caliber handgun with a legally purchased silencer to fire at colleagues in Building 2 of the city’s Municipal Center in Princess Anne.

Yes, this lady died because she followed the rules. What makes this even sadder is that she very possibly could have saved the lives of some of the people who died that day because she would have been able to shoot back.

It’s clear that gun-free zones simply do not work and that they make the world a more dangerous place.

IMPORTANT Election Outcome That You Didn’t Hear About