Home Guns Think That There Is No Media Bias About Guns? Then Read This 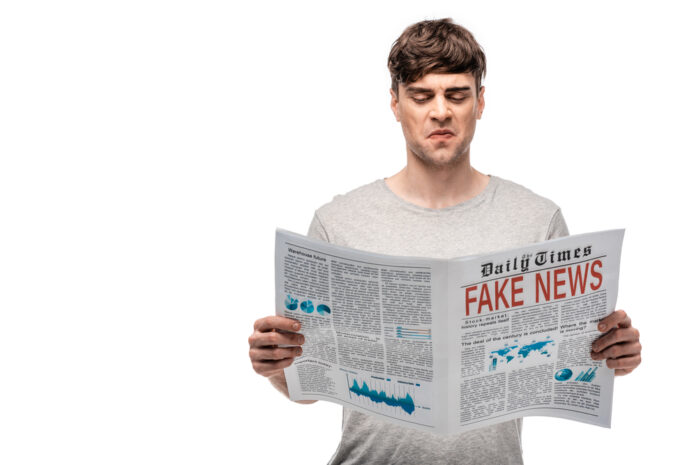 There is a common talking point from people on the political left (which is where anti-gunners almost exclusively reside politically) that there is no media bias except from Fox News. Yes, you’ll hear that even from people who aren’t old enough to have been one of Timothy Leary’s LSD experiment subjects (though the hallucination is the same).

Of course, if you aren’t already indoctrinated into that kind of anti-gun claptrap and nonsense, then it’s pretty easy to spot the bias, but just in case you haven’t been noticing it, Charles W. Cooke will tell you a common way that this bias shows up. Cooke writes,

This, from ABC, is a nice example of a news organization deliberately bending the truth in order to advance a narrative that it wishes were true but is not:

Venerable gun manufacturer Colt says it will stop producing the AR-15, among other rifles, for the consumer market in the wake of many recent mass shootings in which suspects used the weapon.

“At the end of the day, we believe it is good sense to follow consumer demand and to adjust as market dynamics change,” Dennis Veilleux, president and CEO of Colt, said in a statement. “Colt has been a stout supporter of the Second Amendment for over 180 years, remains so, and will continue to provide its customers with the finest quality firearms in the world.”

So the story is that, although it still respects the Second Amendment, Colt is going to stop producing AR-15s after a series of mass shootings in which they were used. Right?

Wrong. That’s actually not the story at all, as ABC notes further down:

The company did not mention mass shootings in its statement about stopping production and instead blamed the indefinite pause in making the weapon on a “significant excess manufacturing capacity.”

The phrasing in the above paragraph is remarkable. The reason that the company “did not mention mass shootings” is because mass shootings have nothing to do with its decision. And Colt didn’t “blame” its decision on anything, because its decision isn’t a problem for which “blame” needs to be assigned. As Colt has made clear, it believes that “there is adequate supply for modern sporting rifles for the foreseeable future,” and so it is temporarily shifting its production priorities in order to focus on the military side of its business. That’s it. That’s the whole story.

Compare ABC’s first two paragraphs with those from the Associated Press’s story and you will see the problem:

Gunmaker Colt says it is suspending its production of rifles for the civilian market including the popular AR-15.

Colt’s chief executive officer, Dennis Veilleux, says it is not permanently ending production but believes there is already an adequate supply of sporting rifles on the market. He said in a statement Thursday the company will concentrate on fulfilling military and law enforcement contracts with its rifle manufacturing.

[Telling the truth about what actually was said w]asn’t so hard, was it?

And that, ladies and gentlemen, is one of the common ways that our media lies to us to advance their own agenda, in this case, their anti-gun agenda.

And the mainstream media wonders why we don’t trust them anymore?